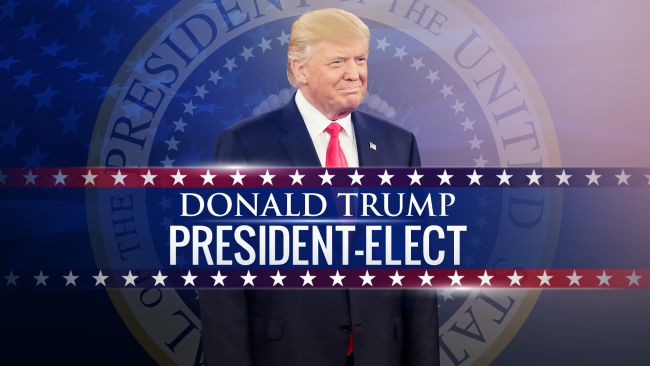 I read this BLOG Thursday evening and wanted to share it with you. It was originally posted by Ministry.com (creators of the Glo Bible). Enjoy…

Men and women across the United States are stunned by Trump’s upset victory as president-elect. Pollsters are baffled by their mistaken prediction polls. Lawrence University political science professor, Arnold Shober, believes what happened on Election Day, leading to President-elect Trump’s victory, is what Donald Trump had been saying along. Pollsters were missing a large chunk of his voters. There were a large number of Americans who turned out to vote, either for the first time or who were irregular voters, and they ended up being Trump supporters.

Women in Los Angeles are crying because Hillary lost. Men in Missouri are cheering because Trump won. They all have something in common. Fear. They fear for the future. They fear what they don’t understand. They fear they won’t be heard, acknowledged, respected. We all have more in common than we think. In his victory speech last night, Trump stated, ““Now it’s time for America to bind the wounds of division.”

Here’s the Good You Can Do Today

Purpose to understand another person’s perspective, even when you disagree. Understanding is more important than agreeing. Listen with your heart and not just your ears. Read between the lines. What is this person saying? What is their story? Each person is a child of God, worthy of courtesy and respect.

Replace fear with love. Love is patient, listens, and does not force itself on others in the form on insisting on one’s own agenda. Love doesn’t revel when others grovel. Take time to understand. You may learn something you’ve never known before.

“There is no fear in love. But perfect love drives out fear, because fear has to do with punishment. The one who fears is not made perfect in love” -1 John 4:18 NLT.

“Don’t be selfish; don’t try to impress others. Be humble, thinking of others as better than yourselves.” –Philippians 2:3 NLT

“Think of yourselves the way Christ Jesus thought of himself. He had equal status with God but didn’t think so much of himself that he had to cling to the advantages of that status no matter what. Not at all. When the time came, he set aside the privileges of deity and took on the status of a slave, became human! Having become human, he stayed human. It was an incredibly humbling process. He didn’t claim special privileges. Instead, he lived a selfless, obedient life and then died a selfless, obedient death—and the worst kind of death at that—a crucifixion.” –Philippians 2:5-8

Now go out and make a difference!