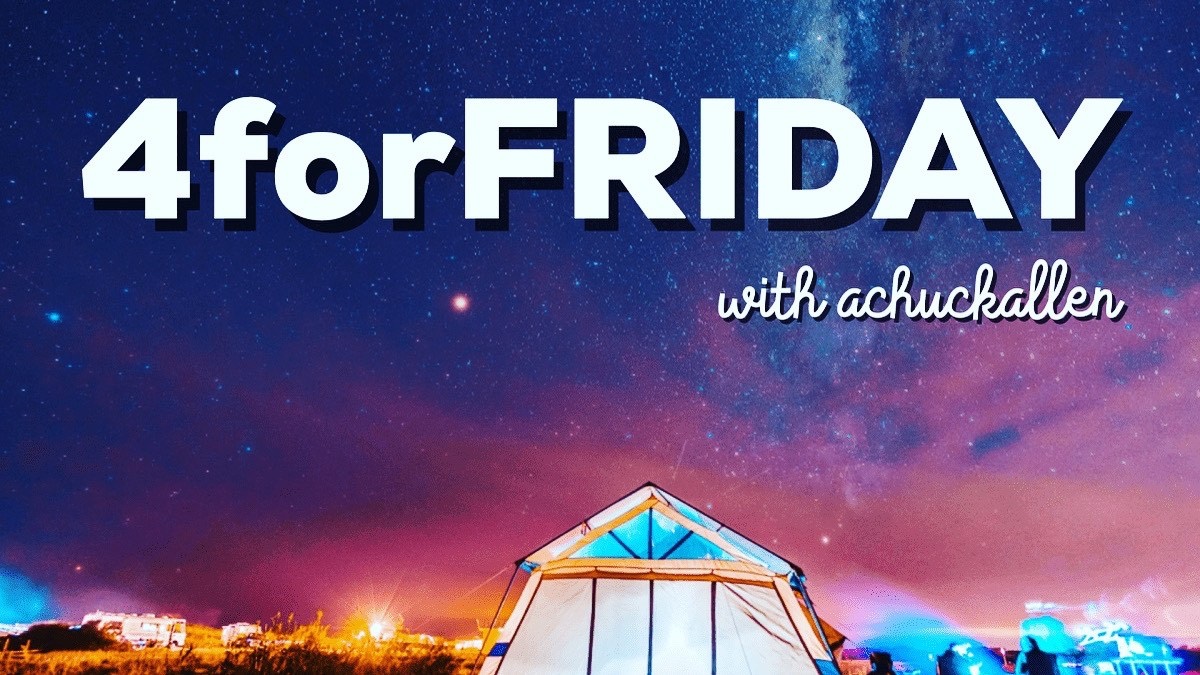 I love to share good reads, learnings, listens and reviews with friends and followers. So, thanks for joining me on my 4forFRIDAY BLOG. Each week, the 4forFRIDAY offers recommended Reads, Listens, Learnings and Reviews, simply for your enjoyment. Thanks Again! If you don’t already subscribe to my Weekday Meditation Podcast, I encourage you to check it out HERE.

Each year, Jenny and I try to see every movie nominated for “Best Picture.” This year, we have seen six of the nine films nominated and this one stood out (more to come). JoJo Rabbit is a World War II satire that follows a lonely German boy named JoJo whose world view is turned upside down when he discovers his single mother is hiding a young Jewish girl in their attic. Aided only by his idiotic imaginary friend, Adolf Hitler, JoJo must confront his blind nationalism. It’s weirdly interesting!

A Really Good Novel: The Dry by Jane Harper

After getting a note demanding his presence, Federal Agent Aaron Falk arrives in his hometown for the first time in decades to attend the funeral of his best friend, Luke. Twenty years ago when Falk was accused of murder, Luke was his alibi. Falk and his father fled under a cloud of suspicion, saved from prosecution only because of Luke’s steadfast claim that the boys had been together at the time of the crime. But now more than one person knows they didn’t tell the truth back then, and Luke is dead.

From the same folks that brought us Downton Abbey. Set in 17th-century Virginia, this drama series follows the lives of the first settlers in the English colony of Jamestown. Alice, Verity and Jocelyn arrive ready to marry three men in the colony who have paid for the women’s transition to the New World. But upon their arrival, they quickly recognize the power struggles within the community, which reach all the way up to the new governor and his staff.

An Essential Read for Married Couples: 10 Little Habits that Can Lead to Divorce (and How to Avoid Them)

Yes, that is the correct title of this article. It is spot on and every couple, together for one month or thirty years can benefit from this brief, but poignant read.

My Spiritual Journals, Power Routines is now available at the Sugar Hill Church Store and Amazon. Instigating the habits of Gratitude, Scripture Reading, Journaling and Guided Prayer is a powerful way to CHANGE THE TRAJECTORY OF YOUR LIFE! Pick up your copies of POWER ROUTINES at Sugar Hill Church or Amazon.

A Quote from Frederick Keonig

“We tend to forget that happiness doesn’t come as a result of getting something we don’t have, but rather of recognizing and appreciating what we do have.”

The Podcast is a 5 minute/day, 5 day/week Cup of Encouragement, straight from the Scriptures. The Meditation is about 7 minutes/day, 5/day/week and is designed to give you a combined and guided prayer/meditation experience.

Both of these resources are available on the Sugar Hill Church APP or WeekdayPodcast.com & WeekdayMeditation.com