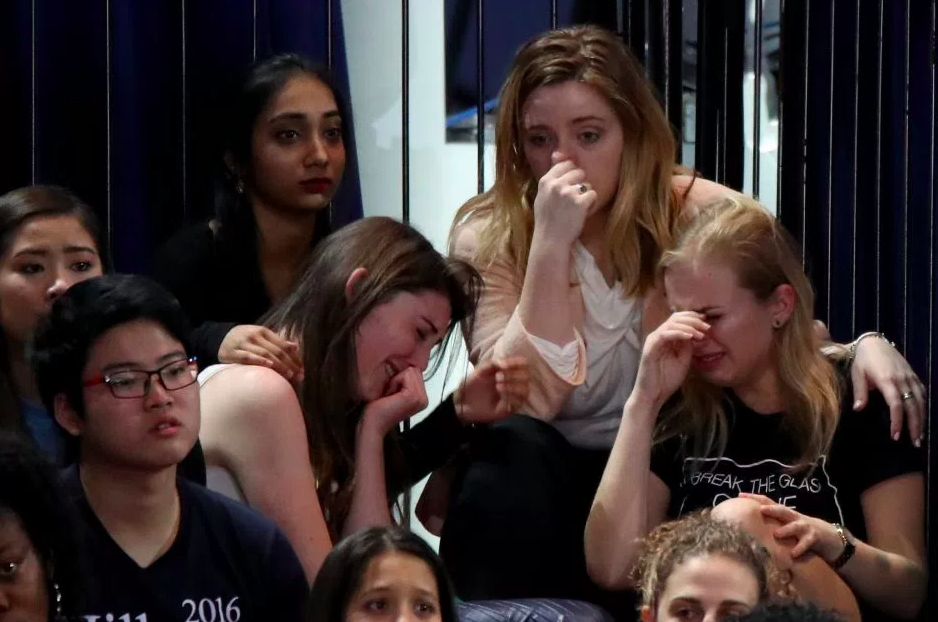 I read where many institutions of higher learning, like Harvard, Yale, Columbia, and Cal Berkeley excused students from finals, as they were too emotionally distraught over the presidential election and its outcome. Are you kidding me? Nope! No kidding.

Clearly we are part of a unique season in American politics, but overwhelmed to the point that you cannot participate in an exam? This all started with participation trophies, ribbons, medals and moral victories. Here’s a life lesson to cling to. Once we grow up, we occasionally lose.

When Jenny and I were dating (kinda), I joined her at one of Sam and Abby’s swim team matches. Having never done any swim team parent duty before, I was amazed that every single kid won a ribbon. If you were in the pool. You won a ribbon! How about that! If you couldn’t swim, you won a ribbon.

Yes, they were different colors, but really? One Mom, came up to Jenny in a panic, as her precious child had not received a ribbon. When Jenn asked what the darling little ones name was, it became apparent that he had been in the pool one time, finishing in the lower third of his “race.” Jenny, being the pragmatist that she is asked, “what color would you like?” Blue seemed to be his favorite color and he was awarded a 1st place blue ribbon…bless his heart.

By my math, the little boy is old enough to have voted in his first presidential election this week. I’m willing to bet that he was too distraught to attend class or show up for his part time job. Oh wait, he doesn’t have to work, he’s on a government subsidy that funds his education.

Okay, I know that was an unnecessary rant. Thank you for enduring it. I feel much better.

Every kid should be affirmed and encouraged, but not coddled. Every kid needs to learn how to win with humility and lose with class and dignity. I’ve won and I’ve lost. I’ve voted for winners that were losers, and for losers that were winners. I’ve been the best player on some bad teams and one of the worst players on some great teams. And! I am better because of it!

Disappointments are a part of life. Sometimes you win, and other times you don’t. Many of my failures have been my greatest times of personal growth and development.         So, if you are stressed out about what is to come, suck it up! Put on your big boy pants and do something to make this life better. Nobody has ever changed the world with a whine. President-elect Trump might be a disastrous leader. He might also be awesome. Either way, he won.

The more we allow our kids to fail, while under our roofs, the more productive they will become to our society. It’s okay to lose, especially when it stings a little. It’s the universe’s way of humbling us and simultaneously motivating us.

Go to your version of class, and take your exams. If you want a different elected leader in a few years, work for it to happen, or stay out of the pool. There are still situations where losing really occurs and it sharpens us, betters us, and prepares us.

Oh, by the way, if this post has offended you, just tell me what color ribbon you would prefer.