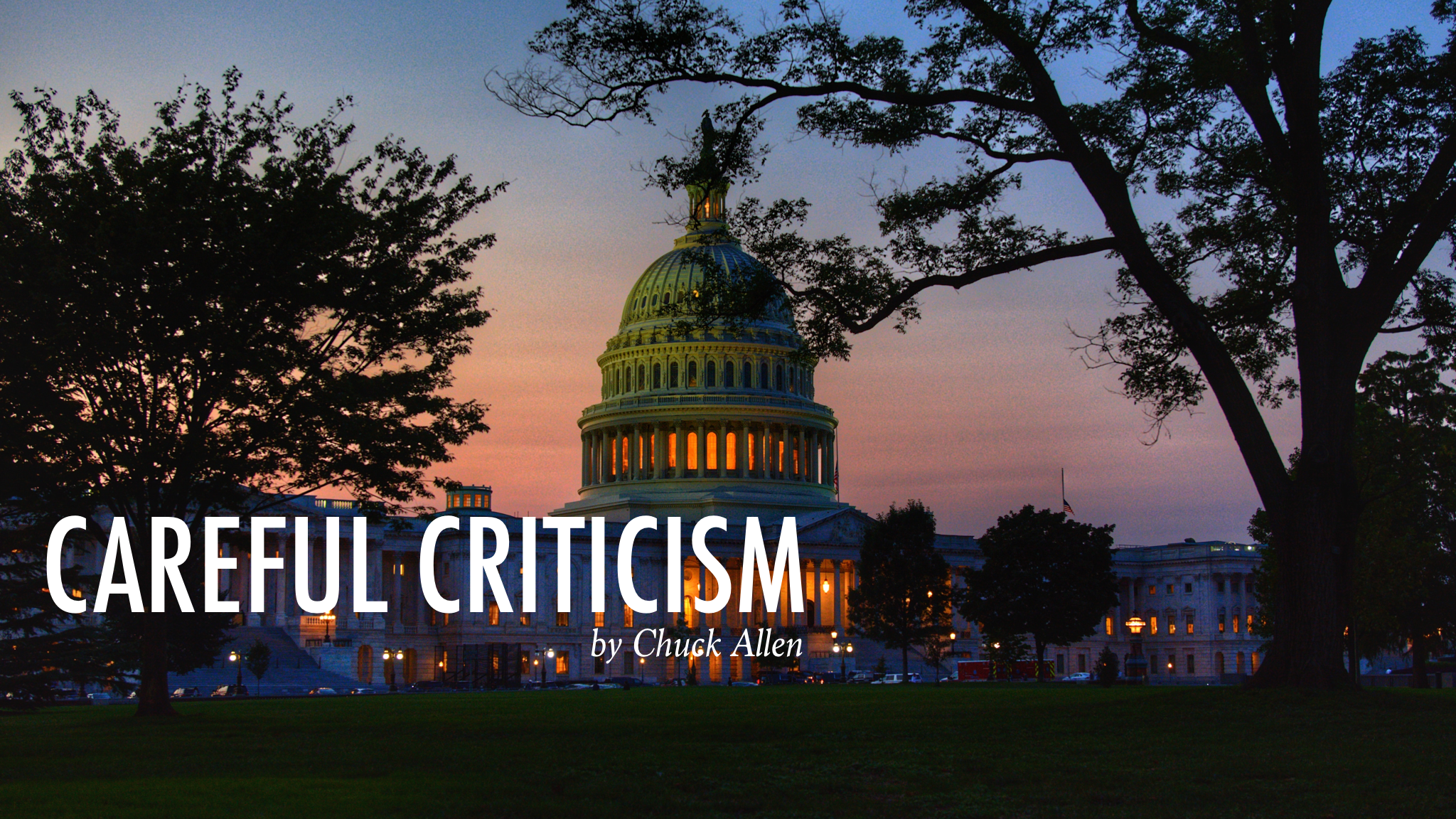 If you went back to President Bill Clinton’s first term and continued into President George W. Bush’s terms, then-President Barak Obama’s terms and President Donald Trump’s term, you would find two commonalities. First, you would discover that at the changing of the party platforms, radical changes took place. Second, you would find that the party that lost became progressively louder in the disagreement and criticism of platforms and policies.

Please don’t hear me say that we shouldn’t disagree and even disagree with great concern. I will say, however, that we must get a few things done that require some cooperation. The country must move forward and stop spending all of our energies fighting battles among ourselves. At some point, America will experience a significant and horrible challenge that will require left and right, donkey and elephant, black and white, to rally around our most core beliefs and work together.

Following that last paragraph, I am contemplating a complete rewrite. The left is warming up their keyboards, ready to fire off a blistering assault on my alleged intelligence. The right is preparing to continue the string of recent notes of joy that have called into question my faith, my sanity, and my patriotism. But I need to move on.

I titled this article “Careful Criticism.” One of the many problems in our Capital is the full-time politicians and their assault on whoever the “other party” is. It’s a problem because we are electing and paying people to do nothing but gripe, criticize, and complain. We have full-time whiners and news pundits, but very few get-it-done leaders are remaining. You pick the side, and you’ll find whiners, critics, and gripers. At some point, we have to discover some common ground and start moving forward. If we don’t, we will whine, blame, and criticize our way into a debt we cannot pay, a fight we cannot win, or a mistake from which we cannot recover.

I get it. Blue doesn’t want to agree with pro-life Red. Red doesn’t want to agree with green-deal Blue. I am not suggesting that anyone step away from their convictions. I am suggesting that there are areas in which we must fight to discover SOME common ground and press forward toward a better union and better Republic. Again, I am in no way suggesting we lay down convictions. I am suggesting that we lay down our anger, vitriol, and incivility. I mean that we rise as the great nation that we are and elect women and men with love for this country that exceeds their love for power and television time. Come on, America! We are so much better than the childish bickering that seems to keep our airwaves filled with more lavish and unstable hate-speak. To do that, we must stop electing career politicians. We must stop supporting anger-filled pundits, even if they agree with our ideologies, and we must elect leaders filled with integrity, decency, and character. We must also elect leaders that agree with serious campaign finance reform and term limits. If we do not, the stagnation of constant criticism will be rewarded with an ever-growing civil war that will occur every four-years yet change very little. At some point, we will have to elect women and men that have courage without anger. We must accept that no one is clean enough not to have some checkered past. We could use some common sense and some people that have experienced the need for grace and correction. We really could use a few leaders that have received and learned how to extend some grace and discipline.

Whatever it takes, we must move beyond the name-calling, foolish tirades, and attention-grabbing camera bluster of so-called leaders that get nothing done but partisan criticism and positioning. Maybe you should run for an elected office. Perhaps I should run for an elected office. But then, we would be under the microscope of criticism, and maybe someone might ask the question, could we handle the heat in that oven-like kitchen?

America, we must be careful with our criticism. It seems to be at the heart of our battles. We can disagree, and we should oppose other ideations of this land. We are a Republic founded on diverse people, which had, and still has vastly diverse thought. But we are Americans, for goodness sake. Let’s act like it!