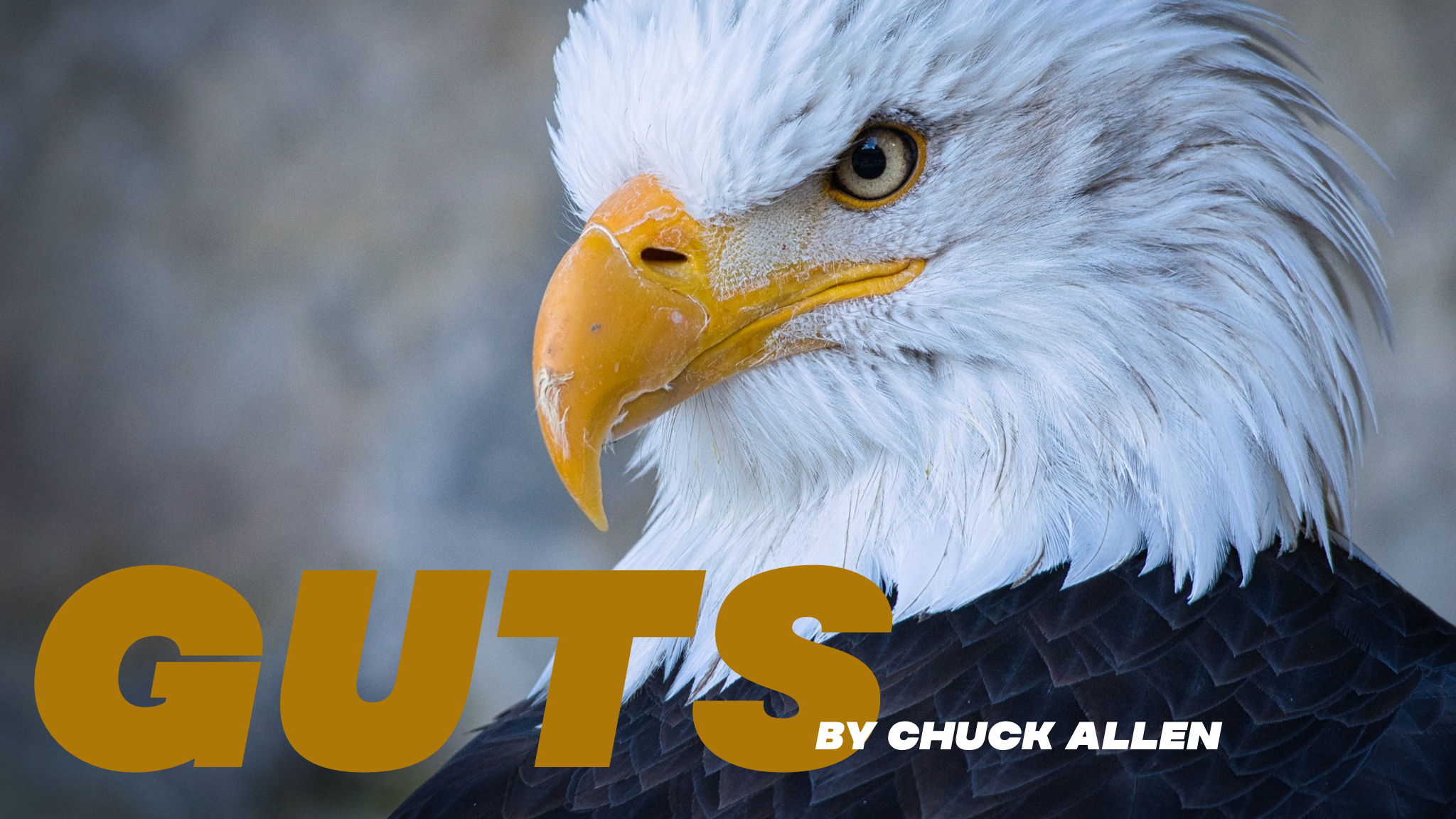 I feel like the kind of people that display guts get destroyed in our 21st-century world. I’m not sure that I possess guts anymore. I stop and wonder if what I am saying will hurt my career, wound the church, scare the donors, or cause a firestorm of controversy on social media.

How pathetic is that? I’ll bet you wonder about that at times, as well. But dang it, that’s enough! We can be gracious and gutsy at the same time. We don’t have to be reckless to be courageous. We do not have to whimper into a truthful statement or sneak into a bold, brave decision.

This great land that we live in was founded and grounded on the backs of gutsy men and women of every color, faith, and background. We know this melting pot of humanity is in no way ready for wimpy, gutless leadership. These United States are in desperate need of women and men to step into courageous leadership, now! Gutsy leadership costs you something, though. It might cost you some “friends.” It will definitely cost you some “followers.” And fame, well kiss it good-bye. Courageous leadership in our world will be met by a great host of anger, opposition, and heaps of criticism.

But, should we remain afraid of everyone and everything, let’s roll over and call it a great 244 years. I get it. If Mr. Potato Head has been canceled, surely you can be as well. If the social media clowns that troll for someone to bash behind their keyboards can destroy some of the most powerful people on the planet, what hope do you have? That all depends on what kind of guts you want to display.

It’s been said that “leadership equals influence.” I know that is a correct term, but it is also an incomplete statement. Based on that definition, Adolf Hitler was a great leader. But we know that he was a madman, with murder and wickedness awash in his cold, dead heart.

We need the kind of gutsy leaders that will step away from the typical model of power, platform, and prestige. We are crying out for someone to speak with a voice of truth, reason, and wisdom. The world isn’t clamoring for leadership. They are dying for godly leadership! The kind of leadership that has heaven-sent wisdom and God-honoring decisions. We require leaders that know that their past isn’t perfect but that they are fueled by the power of God’s Spirit and directed by His Word – DAILY.

I’m not suggesting that we could somehow find a perfect leader, but could we find a leader that has been forgiven so that they can forgive? How about a leader that is imperfect and admits their need for wise counsel? Try this one on – How about a leader with enough humility to know how to work with people to get something done? I know. Now I’m getting crazy with it.

But folks, we cannot allow the established foolishness that seems so rampant in our society to rule the day! Somehow, in elected offices across our municipalities, counties, states, and federal offices, women and men must discover the courage to get in the arena of leading this nation…at every level.

Dan Gable once said, “Gold medals aren’t really made of gold. They’re made of sweat, determination, and a hard-to-find alloy called guts.” America must stop the endless pursuit of gold long enough to get her guts back. We need to recruit leaders to run for office that will serve either party but serve with conviction, not protection. We must run on principle, not a party. We must run and run some more. It’s time to stop criticizing those that are running and get in the race!

I am not sure that I’ve got that kind of guts today, but I’m trying to find them. I know they are there, somewhere.
I need to discover them, sharpen them, challenge them, and trust the God of all creation to strengthen them. But at some point, we ALL have to get in the game of leading this land into the greatness she can experience. You can no longer wait for someone else; you’ve got to make a choice. It’s fourth-down and goal. It’s the bottom of the ninth, two outs, and the bases loaded. It’s the last of ninety minutes on the pitch. It’s past time for women and men, filled with a passion for God and Country, to RUN!

How about you? Are you tired of watching the news and thinking, “why doesn’t somebody do something?” I am. Let’s get in the arena and lead. But let’s lead with a God-given grace, fueled by Guts! I think Bear Bryant was right when he said, “There is a lot of blood, sweat, and guts between dreams and success.” This American Dream is more than a house and an income.

We live in an age with more knowledge than ever before. And yet, we make ridiculous decisions. Why sit back and critique, whine and complain? It takes knowledge to know something. It takes guts to do what you know! Let’s find our guts and get it done.