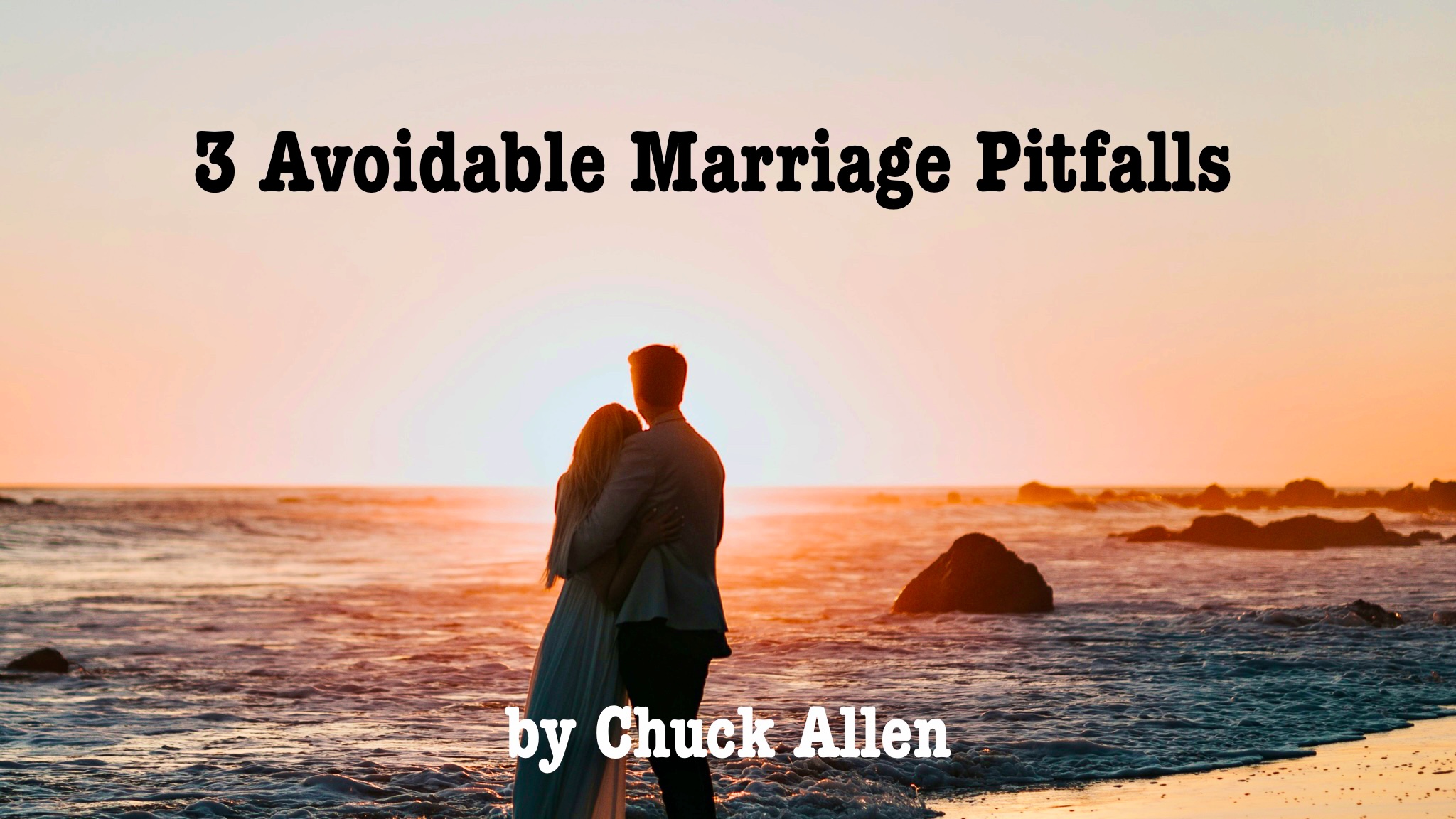 I’ve heard it said that “marriage isn’t easy.” However, I’ve also heard that a marriage that survives and thrives takes work. While I agree with both of those statements, marriage shouldn’t be too hard and require that much work. After all, we loved our spouse enough to say I do without ever thinking that we might say I don’t.

Here are three avoidable mistakes that might become pitfalls in your marriage. I pray that they are helpful.

As I said, it’s pretty simple. Avoid these three pitfalls, and you’ll save yourself a world of hurt feelings, arguments, misunderstandings, and relational fatigue. I’ll be back tomorrow with “Three simple Ways to Strengthen Your Marriage.”

Looking for help? Go to ClearPathCounseling.org and spend
less than ten minutes completing your free assessment.