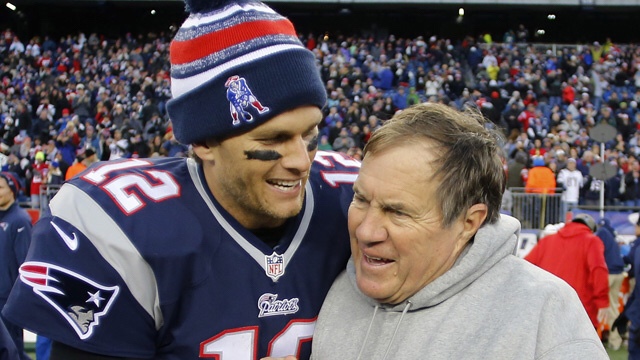 Jenny and I have been enjoying New England over the past week. We started with $39 fares from Atlanta to Boston and headed to Bar Harbor, Maine. Bar Harbor is truly one of the most beautiful places that I’ve ever seen. We left Bar Harbor and visited the small town of Kennebunkport, Maine.

We were living on lobster! Then we headed to Newport, Rhode Island, Martha’s Vineyard and ended in Boston, including a great trip to Fenway Park…Home of the Boston Red Sox, my boyhood heroes.

During the trip, I purchased a book that was about Tom Brady and Bill Belichick, Quarterback and Head Coach of the 5-time Super Bowl Champion New England Patriots.

Like them, hate them or anywhere in between, the truth is that they have played in seven Super Bowls and have won five of them. That’s all with the same coach, quarterback and owner. Players came and went, coaches came and went, but the heart and soul of the team has stayed rock solid. They found and remained committed to the”Patriot Way.” Their best them!

Why is this such a big deal? Because plenty of coaches on Belichick’s staff have come and gone, seeking to replicate their former bosses successes and all of them have fallen short.

Why? Because the coach that many hate and the quarterback that is still playing at the highest level at 41 have created and stayed in their way of leading and winning. I’m a fan, not because they win, but because they have had to recreated themselves over and over, year after year. And they are still winning.

In short, they have determined who they are. They have allowed their unique them be their best them! The truth is, they are showing us how we can be the best us! And how you can be the best you!

My take away is threefold:

It has caused me to spend hours thinking about what my version of “The Patriot Way” is. This I know:

How about you? What part of you can you be the best you?