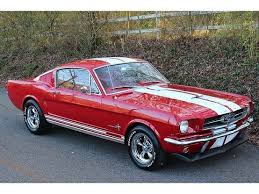 Thanks again for joining me on the CLIMB during the month of January. I’m already excited about our new teaching series starting February 12 – FOR THE LOVE. But don’t miss this week at Sugar Hill Church as we RISE UP together on RISE UP SUNDAY!

But today, I’d like to tell you a story.

There once was a little mischievous 10-year-old boy that lived in North Kingstown, Rhode Island. He was into mischief every single day. He rode his bike to school, home for lunch and back to school. Most days, he stayed and played kickball, or 500, or army with his buddies, after school. If it was cold enough, he would skate and play hockey on the frozen pond behind Davisville Elementary School. On the way home from playing, he would ride his bicycle across Mr. McSilver’s yard as it probably saved all of 11 seconds.

Never thinking about the fact that Mr. McSilver’s yard was his pride and joy, and definitely paying no attention to Mr. McSilver’s pleas to “get off my lawn,” the little boy just kept on riding over the grass. That is, until the night that Mr. McSilver stopped by the boy’s home – during dinner – and shared with the boy’s father about the repeated offense. Things went rapidly downhill after that.

The dad asked the little boy to come to the door, then asked if the offense was accurate. “Yes,” replied the boy, “but it’s only a little section of his yard, what’s the big deal?” Wrong answer, wrong attitude, poor timing. The dad had the boy apologize and then committed the boy to be Mr. McSilver’s yard helper and car washer for the next five Saturdays – “All day, if necessary,” as the dad put it.

And yes, the little boy is me. Yes, I worked like a dog for Mr. McSilver, and I’m pretty sure he really enjoyed it. And yes, I learned a huge lesson over those weeks of servitude to Mr. McSilver. Wanna know what that lesson was?

Forty-seven years later, I can still remember washing Mr. McSilver’s car. It was a 1968 Mustang Fastback. The one that had the white racing stripes down the center of the car. Man, I loved that car. On week number five, Mr. McSilver let me drive it in the church parking lot. I’ll never forget that day. The sun was out, the car was spotless, and I was behind the wheel of a great American classic. Boo-Yah!

As I look back at that day, I regret that I showed so little respect for Mr. McSilver. He and his wife had no children and I assumed that he was just a grumpy old man with a cool car. What I learned is that he just wanted me to show a little value and respect. He was a great guy. I have no idea where he is today, or if he is still here with us, but I still remember that I totally showed him no respect until I knew him up close.

When I hear folks just going off on anyone else – especially from a distance – I remember working on that yard and washing that car. I mostly remember that I had a real swing and a miss in my assessment of Mr. McSilver – until I knew him up close.

Here’s a thought for this first day of February….
Let’s suspend all the attacks on presidents, politicians, preachers, people, faiths and places until we know them…up close! Let’s stop the whining and complaining and personal attacks that are thrown like hand grenades across the battlefields of social media. Let’s call a truce to introducing the world to our blind, and often bigoted understanding of the issue, person, or problem. Let’s stop fixing blame and fix our own problems.

I’ve said it before, and I believe it more than ever – It’s way too easy to fix blame when you are miles and miles away from the problem. It’s always more complex when we know the person, the problem, the faith, or the place up close.

Let’s start fixing problems, starting with our own heart, mind, soul, and attitudes. Let’s look deep into the mirror and have enough respect for the Divine’s creation to get off His grass. The Scriptures are Waterford Crystal clear on this. To mock, attack, and disrespect His creation is to disrespect Him.

Please don’t hear me say that I’ve always been respectful since that incident in Rhode Island. But please do hear that I have learned that there is more than enough fault, sin, and selfishness in my own heart, mind, and soul to keep me busy until I leave this temporal home.

But you already knew that, didn’t you? You’d never show any disrespect or lack of value to anything the Divine has created, would you? (Said as I remove my tongue from my cheek).

Let’s rise above the pettiness of foolish actions and attitudes, especially on our social media posts. There is plenty of stupid being shown out there. Let’s not join the land of the stupid. Unless you want to learn the hard way…like me.