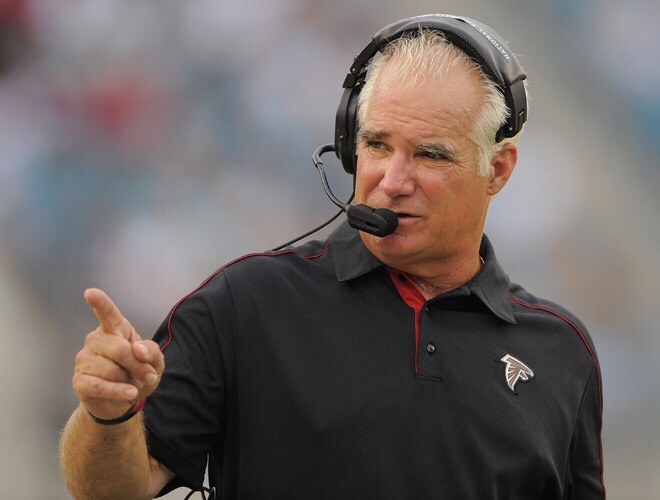 I am so good at finding what’s wrong with people. As a matter of fact, I have an earned doctorate in discovering and calling out what’s wrong with other folks. I’ve mentioned before, that I grew up in a home with loving parents, but parents with a critical, negative spirit. Before you send me an email with a heavy dose of “love and obey your parents” corrective tones, I’m not criticizing my folks. I’m stating a fact that I learned a critical spirit and  learned a negative attitude in my childhood home.
I’m still learning this lesson. I’m far from accomplishing the feat. But I am committed to overcoming the disease of certainty. When Mike Smith was the head coach of the Atlanta Falcons, I really felt for him. I felt for his wife and family because every Falcons fan that called 680 the Fan Sports Talk Radio following a loss. The callers clearly knew more about football than Mike Smith would ever know. Talk show hosts, callers and water cooler quarterbacks offered up certainty about all he had messed up. Many of these callers and hosts were more than passionate. They were angry and they were wielding their pitchforks of certainty as though they were hunting down the Beast (think Beauty and the Beast).

But none of them knew Coach Smith. None of them sat down with him and let him unpack the why’s and what’s, or X’s and O’s of his gameplan. But those details never seemed to get in the way of a good rant. They’d call for his job and his livelihood. They’d assign names of questionable origin to him, his staff and without thinking, passed those on to his family.

I played little league football with Mike. As a kid and as an NFL coach, he is a deep thinking, passionate, courageous man. He is bright, hard working and faithful. His coaches and players love working with him. But the callers didn’t seem to care about those things. But I get it. In the NFL, you must win. Even if he lost players to free agency or the draft, or trades. Even though he could not control those factors. He had to Win! In an attempt to retain my award winning Captain Obvious status, this happens in every phase of life and in every field or practice in life.

Here’s a thought. Aren’t you glad that they don’t have whatever you do for a living talk show radio? Think about it. Pastor talk radio. A show designed to find something wrong with what I said, what clothing I had on, or my personal favorite, the style of my hair. I actually had a church lady tell me at lunch one Sunday afternoon “that I should never wear my hair like that again.” She and her row, couldn’t stop talking about my hair and couldn’t even listen to my sermon. By the way, that story and all the stories in this BLOG are both true and often hurtful.

My point is this: The further away from the the problem you are, the more simplistic the criticism or solution The closer you get, the more complex the criticism or solution. The further away from Mike Smith, the easier it is to critique him. I will guarantee you that the vast majority of those callers would never speak so boldly to Mike in person. That’s why blasting somebody on social media is so easy. That’s why a critical spirit is so easy to maintain.

What if we were to lean intentionally into something or someone before we load the clip, put one in the chamber and fire away? We might just find that diffusing a critical spirit will break that practice in your family, your work, or even your church. I invite you to join me in learning a new and better way of communication. I invite you to drop the critique and join the encouragement team.

My Pop (granddad) was right – If you don’t have anything good to say, it’s your fault!

Stop the insanity. Someday you might be who they are critiquing.