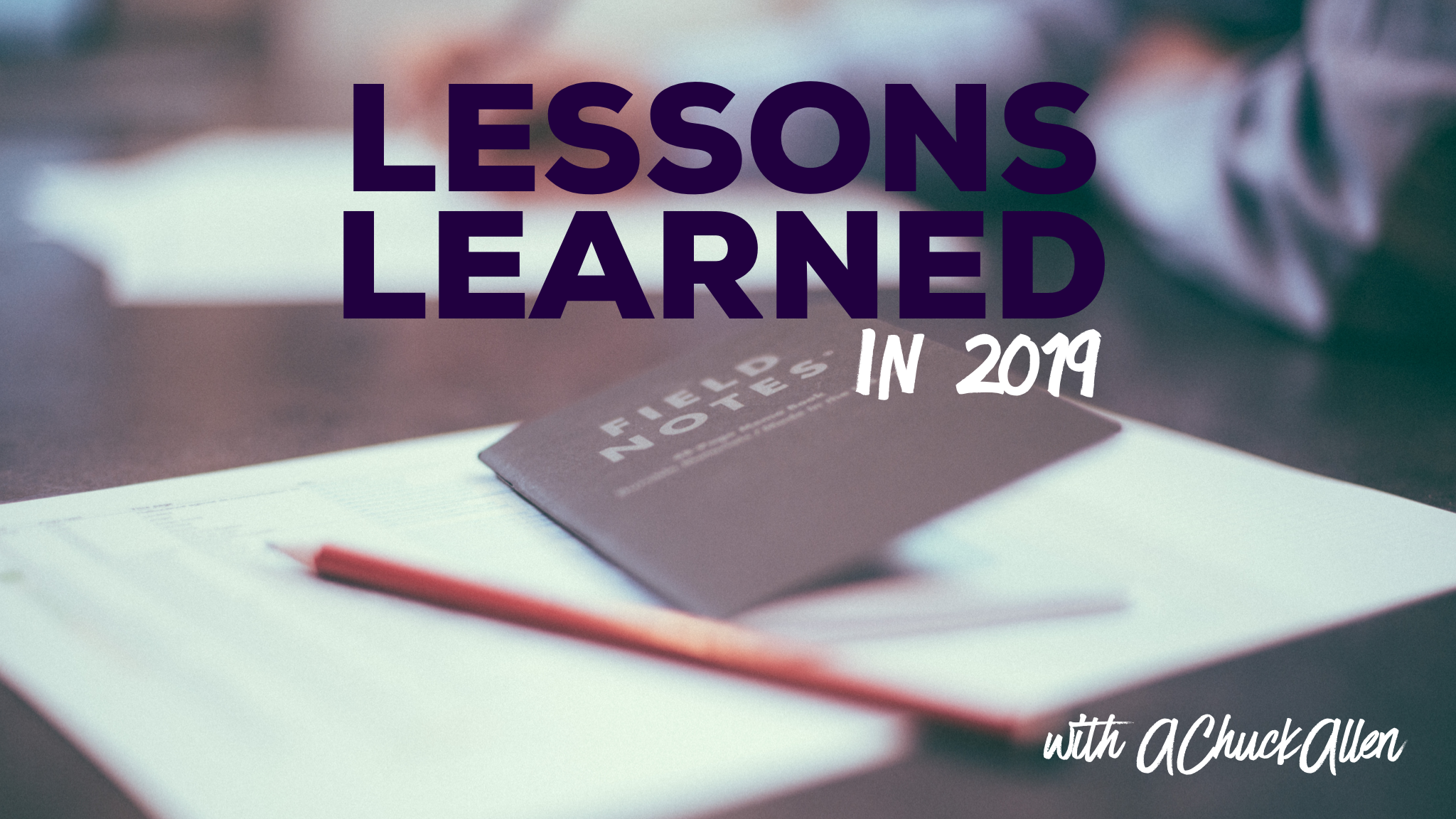 Thanks for sticking with me to the end. Here’s to learning more lessons in 2020…and hopefully learning with less pain!