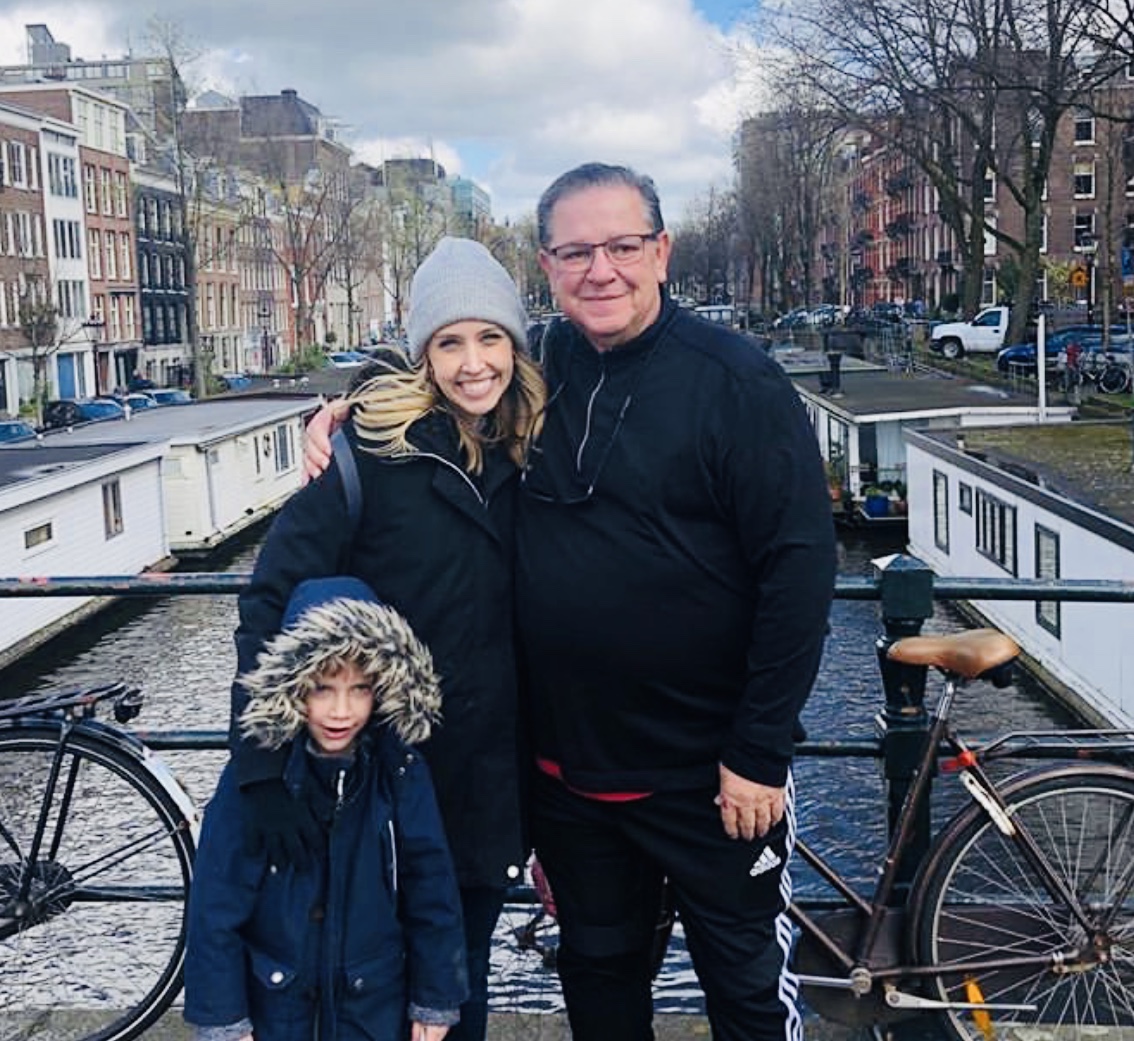 I read this article on crossway.org by William Smith and had to share it with you. Dad, this is for you! Enjoy…

Forming a Sense of Self

Fathers, what you say to your daughter is crucial to her development because you fill two roles in her life simultaneously. As an image of God, your words convey, “Here’s what God thinks of you as a person.” And as a descendant of Adam, your words tell her, “Here’s what you should expect to hear from other men.” In other words, when a father talks to his daughter, he helps her form her sense of self while also helping her navigate her society.

Speak into her life well, and you give her a strong start. Speak poorly, and you make her road that much more difficult. By paying attention to the following five areas, you’ll give her the solid head start she needs to grow into all that God has for her.

Ok, let’s start with the controversial one: tell your daughter that she’s pretty. Or cute. Or fun. Tell her that you like her curly hair. That you love her laugh. That she has the darkest eyes or the best smile or great freckles or beautiful dimples. Tell her that she looks really nice when she wears her favorite sweater.

I know: her worth and value do not depend on her looks or her physical attributes, but that doesn’t mean you should ignore hers as if they didn’t exist.

Have you noticed in the Song of Solomon that both speakers, male and female, freely describe how each other’s appearance enraptures them? Now think for a moment: if that’s the first time anyone’s ever said anything positive about their appearance, how will they be able to respond well? God made us to find each other attractive and affirms that it’s good to say so out loud.

The opposite error of building someone’s identity on how she appears is to pretend that her physicality is an irrelevant part of how God designed her. If you want to avoid either ungodly pole for your daughter, then you need to say what is objectively true about her.

And if you don’t, it doesn’t mean she’ll never be complimented. At best, it means she won’t know what to do when someone—a young man—comes along who tries to tell her how amazing he thinks she is. At worst, his words will taste like the sip of cold water that her soul has been thirsting for as she greedily drinks them down, looking for more.

Pretend her looks don’t matter and you’ll either frustrate future young men who are trying to enter her world with good intentions or you’ll set her up for those with bad.

Her identity, however, does not rest on her looks. Or on what she can do, or on how well she does it, or on the grades she gets, or who she knows, or who likes her. All of those things are important, but none of them are big enough for her to build her life on because none of them are permanent. None of them can tell her who she is. And yet, because she’s your child with your DNA, she’s probably tempted to build on one or more of them.

Remind her that what really counts in life is that there is a God who thought his world was incomplete without her. Help her recognize the vast amounts of energy and creativity he put into giving her all the aspects of herself that she enjoys. Help her see that this one who made her also wants her. And because he wants her, he’s given himself to rescue her from herself— from trying to find value in life apart from relating all of it to him—so that she could embrace him in return.

If she lives long enough, she’ll lose every gift she has as she gives each one back to him, but what she won’t lose is what she had no part in: her existence and his rescue because of his love. That foundation alone is solid enough to support her identity.

Fathers, you have a tremendous opportunity: to help your daughter see herself in relation to God and to his images and to find her place with both.

In the same way that you tell her that God loves her, you have to let her know that you do, too. And just as his love does not depend on what she does or on how terrific she is, yours cannot either. Sadly, some of the best times to communicate that kind of transcendent love is when she’s less than her best.

In those moments it’s so easy to sound as if you don’t love her because she’s made your world difficult or embarrassed you. Those are the times when you have to be really careful. Don’t make the mistake of telling her, “I love you because you’re loveable. . . and when you’re not loveable, I don’t love you as much, at least, not until you’re loveable again.”

Since God never couches his love like that, you want to communicate that your love does not come with conditions either. Sure, there will be times when there will be consequences for something she’s done, but those consequences are because you already do love her. They are not means by which she can regain your love.

Expect her to test you, just like we test God. It’s not right, but we do it anyway and she will too, both with you and with him. Pass her tests and you’ll help her understand his love better while she feels more secure in your own.

And your daughter needs to feel secure because there are things for her to do on this earth. She was put here to make a difference. How she makes that difference depends on what God has built into her.

Some women change the world by meeting people’s physical needs, others by meeting emotional needs, while other women bring people together, point out problems and create solutions, rally others to act, or produce things that society needs.

When you see your daughter making a difference, even in small ways, take words and point out what you see. It’s part of how God wired her. Help her realize the effect she has. Brainstorm with her how it can be used for good. Dream about what that difference might mean to others. Value it and give her words to value it. It’s part of why she’s here.