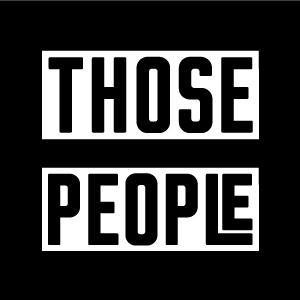 Ever notice that we all have our own version of “them?” You know what I mean.
Those people over there. The ones we don’t like, don’t agree with, may not know or care to know. Those people that don’t think like us, look like us or believe like us.

Think about it. Madonna can state that “she wants to burn the White House down,” and many offer cheers. Others want her to be placed under arrest with the use of the Patriot Act. Are we really shocked that a) she said it, and b) the media covered it? But in my world, she’s one of “those people.” I’ve gotta work on that.

To do so would require us to lay down our
pitchforks, protest signs, and megaphones.

I get it. It’s a lot more fun to discover what’s wrong with “them,” than it is to work on us.

For millennia, we have pointed fingers and waved our flags. We’ve stormed the capital, and marched in vitriol. And yet, we are a nation, and a people divided in every way, including fellow Followers of Jesus. Usually from a distance, as we wouldn’t want to speak our real minds in front of them and to their face.

A few years ago I was working with a friend as we were assisting faith-based not for profits in marketing, funding and launching their passions. In short, I would up at an event and the opportunity to spend a little time with Joel O’Steen. Talk about a polarizing figure. I’d heard he was a heretic, a self-centered egomaniac, and a charlatan. You know what happened when I was face to face with this much praised and equally maligned pastor? I found that he was a genuine, gracious, authentic person. I was impressed from head to toe. Do I agree with him on everything he says or does? Of course not. But I haven’t tried to fill stadiums to encourage folks to love Jesus and enjoy the journey. I haven’t written million copy bestsellers.  I am not scrutinized by millions each week. But from a distance, he sure takes a lot of criticism from folks that have never attempted to know him. It’s easier to throw him and many others in the pile of “those people.”

My good friend, Dr. Jay Strack was on the Trump wagon way before anybody in the evangelical, conservative camp. He was blistered by folks that made assumptions of both he and now President Trump. But he’s been in the room with him when there were no cameras, and still stayed on the wagon. I admire that about Dr. Jay. It’s gutsy to jump out with a benefit of the doubt before it becomes politically or socially correct.

One of the many lessons that I have learned on the CLIMB is that we all have to climb our own climb. You might hire a guide, but you still have to climb. That’s when “those people” aren’t your adversary. They cannot take the next step for you. It’s your climb! Climb your Climb!

Don’t allow your climb to become distracted by “those people.” Don’t allow any media outlet, spokesperson or pundit to lead you off the path and off the cliff. Look deep into the mirror and ask yourself what you see? Don’t use another ounce of energy on “those people, ” until you’ve gotten your mirror and your climb in order.”

Jesus was awesomely clear in Matthew 7.

6 “Don’t waste what is holy on people who are unholy. Don’t throw your pearls to pigs! They will trample the pearls, then turn and attack you.

Join me in this prayer as you climb today:
“Lord God, let me see me as you see me today. Give me a passion for chasing after you and focusing on you. Give me an overwhelming desire to live for you and love you more today. And allow me the wisdom to work on the tree trunk sticking out of my eye as opposed to screaming about the splinter in the eye of “those people.”

Climb your climb today. But waste no effort screaming at “them.”

I’m pretty sure we all have plenty to work on in our own mirrors.