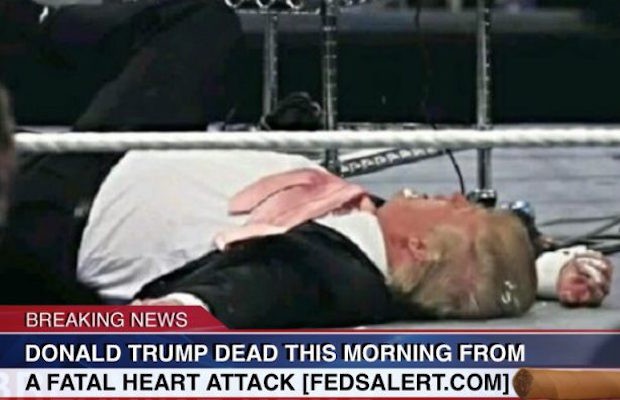 In an age filled with the next great scoop, our news seems to have become less news and more hype. But I understand it. The networks need ratings as more people are getting news from digital and social media outlets and the newspaper industry is all but collapsed. I’m part of the problem! And you might be as well!

The problem you see is that our nation and our culture craves dirt, drama, scandal and gotcha’s! We created this intense search for the next person busted doing something wrong. It’s a wonder that anybody would want to serve in any public spotlight. I mean, really! How would you look if every tax return, every email, text, and post were put under scrutiny? How about your phone calls from ten years ago, or something you wrote in what you thought was a private memo? Me either!

Fake news starts and exists, not because of the creators and curators. Fake news exists because we crave it! Here in Atlanta, where I’ve lived for forty-two years, the NBC affiliate promotes their news program as “Keeping the powerful, accountable!” The built in assumption is that if you have a role that is considered powerful, you must be caught doing something wrong. The more provocative the hunters of dirt can be, the more value we give it. What if we were under the microscope for every email we’ve sent to co-workers, or friends? Fake news – We crave it! We cannot wait for the next scandal!

By the way, have you noticed that the more public you are – the greater the vitriol that is hurled at that person? Even in smaller, less influential roles…we love to catch someone doing something wrong!

Here’s a thought! Instead of taking the bait on fake news, imagine how you might want others to record and pontificate over your less than ideal days, moments, milliseconds or not such great ideas? Another thought might be this one – If the camera were on us. If the websites we visit were public knowledge. What if every email and text you sent were publicly scrutinized? Not cool, right?

Well, for those of you that are far better people than I, or far more righteous than I, or even far more polished than I, get off you hobby horse! Recognize that none of us could survive the public scrutiny that is heaped on the famous, noteworthy folks in our fair land! As a matter of fact, I have discovered that more often than not, the person screaming at the public figure about their public blunder is using that platform to hide an equal or greater sin or poor choice in their own lives.

Want to end the fake news era?
Stop looking for it. Stop reading, watching or creating it!

I’m not suggesting that you stick your head in the sand. I’m suggesting that we all seek wisdom, discernment, and peace through a meaningful, daily relationship with the Divine. Here are two simple ways to go from fake news to real news:

If fake news is to run its cycle, we must get off the bandwagon and deal what we are toting around in our little wagon as we drag it behind us.

One last thought – I write a BLOG almost every day. What If I were to gain access to your calendar, social media passwords, browser history, checking account, and spending habits? What if I then chose to make your every decision, thought and word on trial every single day? OUCH!

The Divine had a lot to say about this. Let me paraphrase a bit:

There you go. My offer to eliminate fake news.