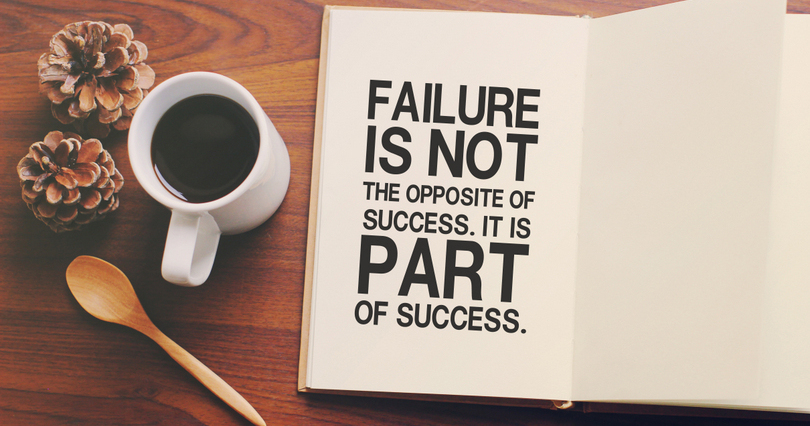 Failure is definitely an Option with AChuck

This week, I’ll be writing on BETTER! Every single person that I know longs for something BETTER. And there is nothing wrong with wanting something better. In yesterday’s article, I offered up the belief that if I could write a prescription for your life to be BETTER, that prescription would start with the Art and Act of Meditation. If you missed it, click HERE to get caught up. Today, I’d like to offer a necessity to BETTER. I truly believe that anything powerful enough to help you reach BETTER also has had a few failures along life’s way.

Failure, when seen through the eyes of BETTER, is a necessity. Without failure, we never truly grow BETTER. That’s true of some of the Bible’s heroes, like Abraham, Noah, David, or Paul, and the list could go on. It is in our failures that the Divine can truly teach us best. In our failures, we often forget that they are necessary. Failure is simply a conduit to get us from where we are to where the Divine longs for us to be.

There have been hundreds, maybe even thousands of failure stories that have been bantered about, but one that is a bit more recent caught my eye earlier this year when Mike Ilitch passed away.

Mike Ilitch was born to immigrant parents from Macedonia. As a boy, living in the inner city of Detroit, he loved the Detroit Tigers major League Baseball Team. He wanted, more than anything to grow up and play ball for the Tigers. But, like many young men born in 1929, he set his baseball dreams aside to serve in the army. After his four-year military career, his dream got back on track as he was awarded a contract to play in the Tigers minor league system. In his third year, he suffered a career-ending knee injury.

Mike’s dad told him if he intended to stay at home, he’d have to get a job, so he started helping make pizza dough in the back of a local pizzeria. In 1959, Mike launched his own pizza parlor, that grew into the mega chain, “Little Caesar’s.” And then in 1992, the man that dreamed of playing for the Tigers purchased the team.

What’s that got to do with BETTER? Don’t stop. Don’t quit. Don’t falter. The Divine has masterful plans for your life. To settle would be sinful. He has more for you than playing a game, He has a game plan for your life.

Engage and accept failure as a badge of honor – It simply shows that you were trying to do something that matters!