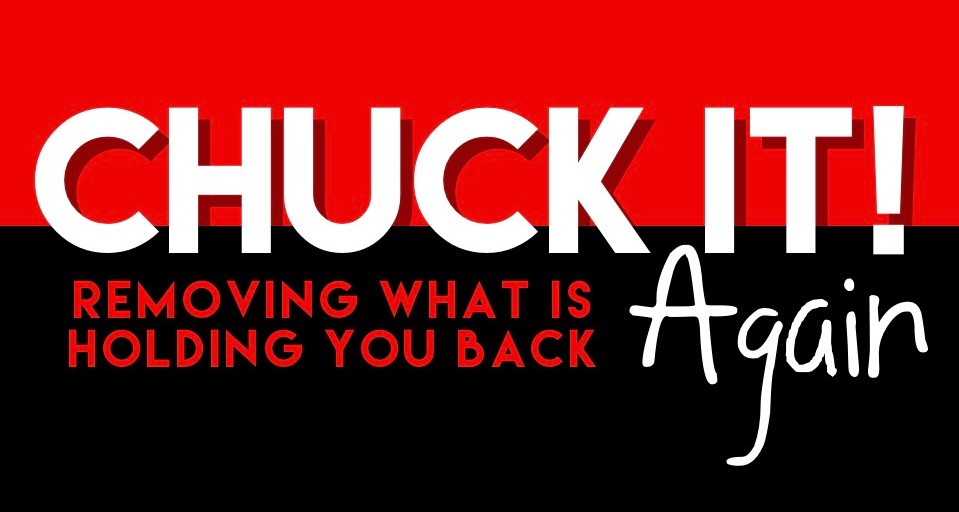 CHUCK IT Again; with ACHUCKAllen

Yesterday’s BLOG post and Sunday’s sermon was the start of a book project. The response has been pretty awesome, so I’ll give you a couple more CHUCK IT’s for today. Please start making plans to join us for EASTER AT SUGAR HILL CHURCH, starting with Palm Sunday this week at 9:30 and 11:00. All of the Holy Week details and Worship Gatherings can be found HERE

I know how to fail. I’m good at it. The more public the failure, the more I desire to blame something or somebody. 99% of the time, I need to focus on owning the challenge and fixing the problem. Every second that I spend blaming or excusing is a second that might have fixed the problem. Own it!