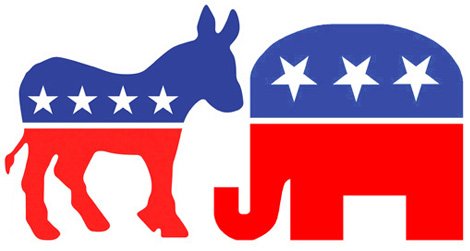 I once worked with a great guy that had a way of answering complex or awkward questions with that phrase – “How ‘Bout That?” We might be sitting in a meeting and somebody would ask a question that had been settled ten minutes earlier, and before anybody could jump on the late comer, he would offer, “how bout that?” In a class that we co-taught, he would offer “how bout that” as an answer to a difficult or unrelated question. It became a staff joke that became a standard answer to most things…“how bout that?”

Spring forward to 2016, on the morning following the presidential debate, and we all might want to respond with ‘how bout that?” I agree with so many things that were said last night, but I’m not sure I truly believe either of these candidates. But I also have not been in their strategic planning sessions. I have never met and spent a minute with either of them. I’m confident in what I believe, but am I the only one struggling to believe that either of these folks can deliver all that has been espoused as a party platform?

My dad was in politics. He was a State Representative, State Senator and a failed candidate for Lieutenant Governor. He was the Chair of the Republican Party in Rhode Island. I remember watching dad on television, as he cast the delegates to Richard Nixon in 1968. Funny, forty years ago, America elected Richard M. Nixon as the POTUS. With no single person imagining that in 1972, his administration would break into the Democratic Party Headquarters to gather information on the democrat’s nominee, George McGovern. A candidate that would get buried in a landslide victory for Nixon. Nixon carried more than 61% of the vote, and yet, two years later, he would leave the White House in shame. Can you imagine what we might have known about President Nixon if the internet had been around in 1968 or 1972?

I say all that to say, like me, I’m sure you have your platform and party preferences. I’m sure you will vote your convictions, or at least your conscious. But as you do, remember that these are human leaders, with checkered histories. They are human, with human flaws and weaknesses. Let’s all take a breath and ask ourselves these questions;

If you were running for President of the United States, how would the public feel about your past, your health records, your use or abuse of weed or alcohol as a college student? How about prying into your kid’s lives or your tax returns? What if the press started looking for your friends from your past, or present? How about your church or charitable donations? What about your social media posts and pics?

These questions might lead you to answer; How Bout That?

Let us not forget how human we are. Let’s not forget that we all have weak or blind spots in our past and our present. While it’s totally normal to select a winner from last night’s debate or select who you might vote for, it is not okay to just wage war on humans for being human. I get it! I know! You are thinking, come on, Chuck! That was some of the most preposterous television I’ve ever seen! Agreed!

How bout that? Aren’t you glad that you weren’t on that stage?