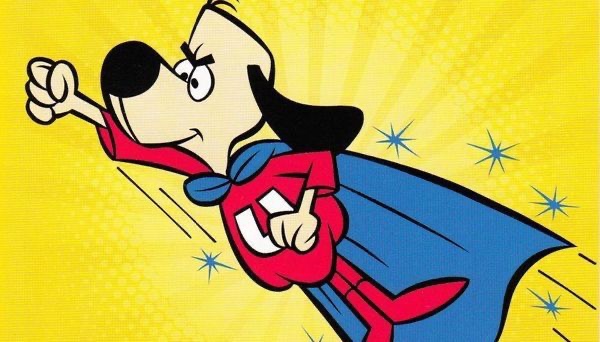 Whether you’re watching a ballgame, a TV show or a movie, it’s exhilarating to see “the little guy” overcome odds and win. When Rocky defeated adversity and fought the mythical, world’s greatest boxer, Apollo Creed–And when Rocky came back to fight Ivan Drago we cheered. Now, when Creed, Apollo’s son fights and defeats Draggo’s son, we cheered even more at the box office! Everybody loves an underdog because underdogs remind us of ourselves.

What we don’t always recognize is that every hero starts as an underdog.

The heroes in the Bible are no exception. God used ordinary people to show His extraordinary goodness. When Jesus was on earth, He surrounded Himself with underdogs. Jesus selected 12 guys, His Apostles to travel with and start His redemptive plan for mankind’s sake. He couldn’t have picked a more unlikely, diverse group of underdogs.

Think about it. Jesus selected fishermen, a tax collector, a zealot, a thief, a political activist, and assorted handy-men. After the first church was put in place, God chose a terrorist turned evangelist to write much of the New Testament and become the second greatest preacher of all time, and we know him as The Apostle Paul.

None of these folks were exceptional in their own right, but here we are talking about then more than 2000 years later. Jesus didn’t select scholars, mathematicians, pundits, prophets or preachers…He specifically chose everyday, blue-collar kind of guys…and He worked in their lives to create in them, world-altering leaders.

Have you ever felt like the odds are against you? Jesus selected 12 people that none of us would have put together. Nobody would have looked upon these men and thought, “now that’s a picture of greatness!” So, You’re in good company. Here are just a few of the underdogs Jesus used to make a big difference:

In Mark 14, Jesus tells his disciples to go into town, find the “man carrying a jar of water” and follow him to his house where they would celebrate the Passover meal. The Bible never mentions this guy again. We don’t know who he was, why he was chosen or how he knew to meet the disciples. The man with the water jar was the epitome of an underdog–unknown and seemingly unimportant. But because he obeyed Christ without question and offered his home, history was made. Little did the man know, his home would be the location of Jesus’s last meal on earth.

In that same chapter of Mark is Mary of Bethany. She was a woman accompanied by bad choices and a poor moral lifestyle and yet Jesus says of her, She has done a good thing for me, leave her alone!

This woman is a most unlikely candidate to receive a Medal of Honor and yet Jesus says that wherever His story is told, there will be a Medal of Honor in her name. She broke every cultural norm to become a woman that we still remember as a spiritual hero, because she simply did what she could. Wanna be a hero to your spouse, your kids, your boss, your parents? Get your life focused on Christ and do what you can!

3. The Boy that Brought his Lunch.

In John 6, Jesus uses the faith and the lunch of a little boy to feed more than 5,000 people with only five muffins of bread and two sardine-sized fish. The boy in this story had very little food – only 5 little muffins of bread and two small fish. This was probably just enough for him to eat lunch. But he had faith that Jesus used the ordinary to produce the extraordinary. Because this underdog of a boy gave Jesus all of the little that he had, an extraordinary miracle took place.

In 1 Samuel 16, God sends Samuel to anoint a new king. He arrives at Jesse’s house, but as he meets with Jesse’s sons one by one, none of them is the king that God sent Samuel to anoint. When Samuel asked Jesse if there were any other sons, Jesse said there was still the youngest, keeping sheep in the field. Basically, Jesse was saying, “Yeah I have one more son, but he’s the youngest and he’s a shepherd. Surely he’s not going to be king,so I didn’t even bother asking him to come up here to meet you in the first place.” More simply put, “David is an underdog. He can’t be king.” But God was for David, regardless of the odds that were against him. God chose the youngest, smallest and most unlikely member of Jesse’s family and worked in and thru him to show God’s greatness.

From killing giants with pebbles and leading a nation as king, God turned the underdog, David into one the greatest heroes of all time. When it comes to heroes, David is the GOAT!

God Himself Ordains and Anoints David as a boy in the shepherd fields just out side Bethlehem. Nobody would pick the baby of the family. He’s a nobody in everybody’s eyes except in the eyes of God! And we know that Samuel is directed by God to choose this underdog, David to become King.“This is the one; anoint him.”

Now, we know the rest of the story, David has more than a few challenges that might would have disqualified himself from becoming a man after God’s own heart and yet, as a true underdog, he returns to the ways and will of God and becomes Israel’s most powerful and beloved king! He not only took out the giant, Goliath, he became the man after God’s own heart!

If the odds are against you, take hope. God is in the business of using underdogs. And God wants to use an underdog just like you.

What do these people have in common? They were regular folks. They weren’t the stereotypical leaders or well educated scholars. They weren’t privileged kids from powerful families. They weren’t household names with any fame or fortune. They were like me and you – just regular people that learned to do ONE THING: Obey the God of All Creation!

God chose to use them and is still in the business of choosing regular folks to step into hero roles. Folks like you!

I know you are tempted to say, well Chuck, that might be true for other folks, but not me. And my answer is that you are not much different than Simon Peter, or Andrew, James or John.

Just as Jesus walked along the seashore and selected them, so He walks thru your life today and says the same words…come follow me! And He will do great and heroic works in and thru you!