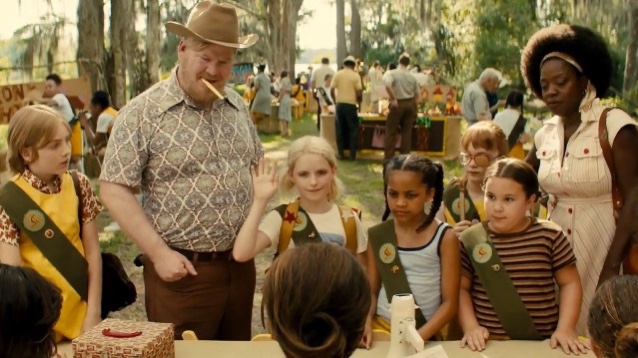 Jenny and I watched an Amazon Original the other night and I thought it was a must watch for America, especially during this political season of open name calling and deep-state poop that every aisle is slinging. It’s an odd movie with one of the most powerful message that I’ve seen in a long time.

Hear me on this, the language can be a bit salty and the characters are not what many folks would hold up as a model, but I fell in love with the misfit kids and adults of this fictional, tiny town in rural Georgia.

I learned three things from this simple movie.

1. I Greatly Dislike Mean People. I’m serious. I know that mean people seem to occupy our airwaves of audio and video content, but I want to call for a cease-fire on the hate talk and cruel spirited talk that is considered a norm today. Stop it! Nothing can suck the life-giving oxygen out of a room more than hate talk and mean spirited attitudes.

Proverbs 15:1-2
[1] A gentle answer deflects anger, but harsh words make tempers flare. [2] The tongue of the wise makes knowledge appealing, but the mouth of a fool belches out foolishness. …

2. Unique is Awesome. I mean it. This group of misfit kids were being raised by misfit adults that had totally given up on their future. I’m now sixty years old and I’ve got dreams of what I want to conquer and create, like never before. These are the things that wake me up every morning. Somewhere along the way, we must continue to give kids an opportunity to celebrate their weirdness. I am an odd bird. I think counter culturally and I am drawn to folks that think counter culturally. America was birthed on the unique concept that all people have great value. Friends, we must stop telling people, with our words and attitudes that they are somehow less valued than we are. If you claim to be a Follower of Jesus, walk, talk and live with a graciousness that comes from being a Child of the King!

“The only humility that is really ours is not that which we try to show before God in prayer, but that which we carry with us in our daily conduct.” Andrew Murray

“True humility is not thinking less of yourself; it is thinking of yourself less.” ― C.S. Lewis

3. True, Unscripted Authenticity is Powerful. I watched this fictional little girl, known as a bed wetter be belittled and picked apart. The back story was that her mother had passed away and her daddy was ill equipped, in his own grief to be a healthy daddy. I understood that more than most folks. But still, this little girl and her band of equally authentic friends took that emotional trigger of anxiety and in it, discovered authentic community and joy. If only our messed up, self-centered, mean-spirited adult world could simply discover joy in who we are and in all that God made us to be!

“For you know the grace of our Lord Jesus Christ, that though he was rich, yet for your sake he became poor, so that you through his poverty might become rich.”
2 Corinthians 8:9

“But he gives us more grace. That is why Scripture says: “God opposes the proud but shows favor to the humble.”
James 4:6

As I wrap this up, I realize that this movie would never take America by storm or win any accolades on a red carpet. It’s not a “Christian film,” or filled with stars. It’s just a movie that moved me to write about these three life lessons.

Please don’t read between these lines and make the assumption that I have arrived in these three areas, but God knows that I desire to do so. May we become a people that want to make America great by the people of God becoming more like He asks and calls us to be.