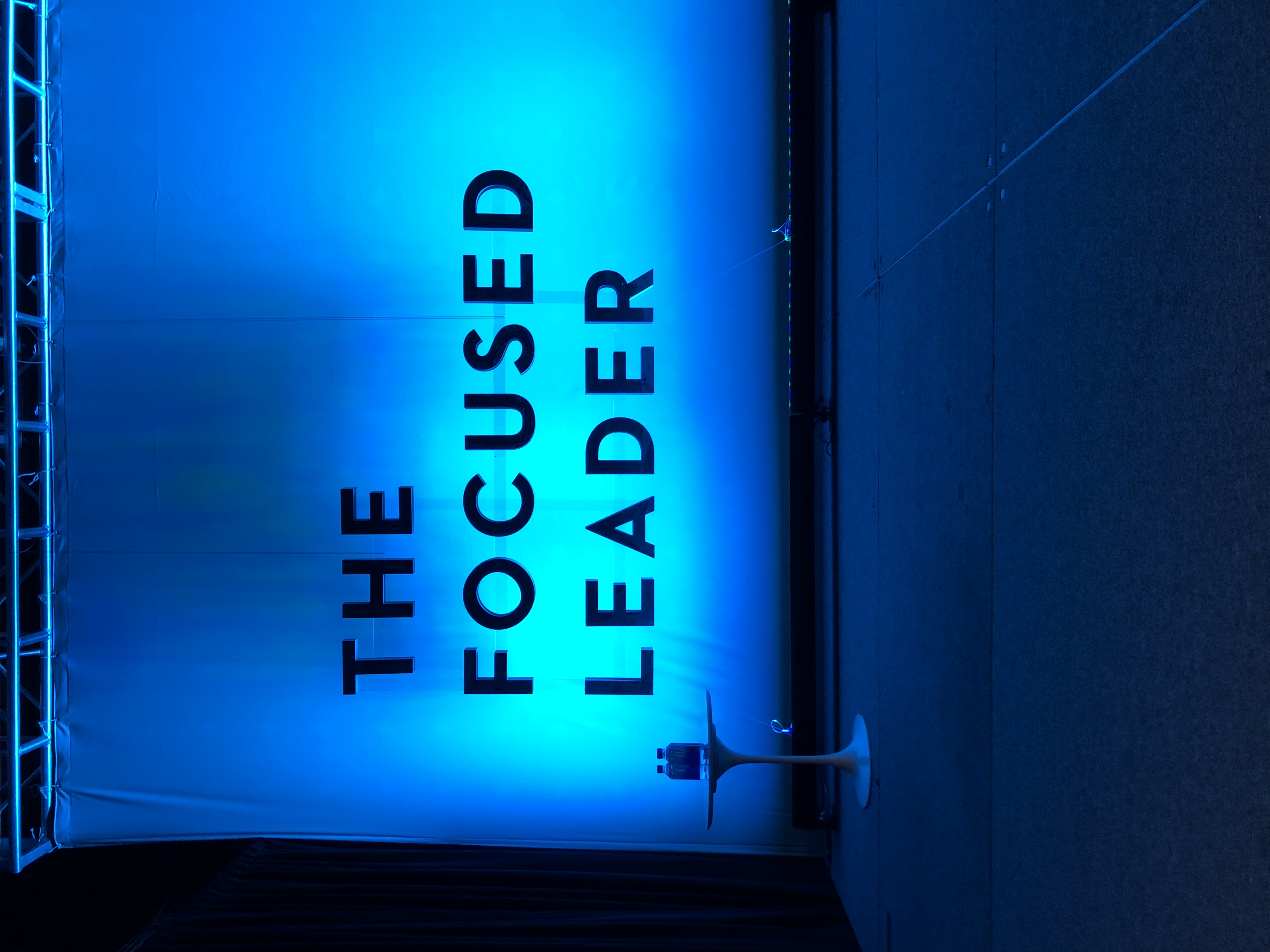 The Sermon Not Preached Sunday 9/29 by AChuckAllen

It was a perfectly beautiful Sunday, if it were the middle of July. Ninety degrees and a heat index adding another 10 degrees made for a challenging morning for an outside Worship Gathering. That’s why this sermon wasn’t taught. So, here you go…The sermon not preached on Sunday!

What if, like the character in our story today, you had to panhandle, you begged for your sustenance and survival? Having to sit there every day in the hot sun and call out to people walking down the street, people you can’t even see, who might be mocking you even as they drop something in your cup.

So it was with a man by the name of Bartimaeus. Every day on the side of the road, sweaty and grimy with the nasty dust kicked up in his face, and the stinking animals…well, let’s not go there today..

Let’s try to walk alongside Jesus as we see Him through the eyes of Witnesses. In Mark’s account today from the New Testament writer of Mark 10:46-52.

[46] Then they reached Jericho, and as Jesus and his disciples left town, a large crowd followed him. A blind beggar named Bartimaeus (son of Timaeus) was sitting beside the road. [47] When Bartimaeus heard that Jesus of Nazareth was nearby, he began to shout, “Jesus, Son of David, have mercy on me!” [48] “Be quiet!” many of the people yelled at him. But he only shouted louder, “Son of David, have mercy on me!” [49] When Jesus heard him, he stopped and said, “Tell him to come here.” So they called the blind man. “Cheer up,” they said. “Come on, he’s calling you!” [50] Bartimaeus threw aside his coat, jumped up, and came to Jesus. [51] “What do you want me to do for you?” Jesus asked. “My Rabbi,” the blind man said, “I want to see!” [52] And Jesus said to him, “Go, for your faith has healed you.” Instantly the man could see, and he followed Jesus down the road.

I wonder, as he awakened that morning, if Bartimaeus thought there to be anything unusual about this day? I doubt it. It likely dawned like any other day; he was likely awakened by the early-morning noise of the city of Jericho.

Bartimaeus clutched his ever-present coat around himself and struggled to his feet. His crude living quarters provided him shelter and little else. With matted hair and unshaven face, this blind beggar began to make his way into town.

Most of those who did see him diverted their attention away from him quickly. It is difficult for the sighted to fathom the handicap of blindness; it is difficult for us to fathom what grinding poverty must be like. He lived a life of surviving on charity, on people’s leftovers. He experienced little joy in life, little success, little peace. His daily goal was survival.

And so he sat. Passover was coming, and the crowds in the streets would be larger—maybe this would be a more profitable day than most!

Meanwhile, a crowd had gathered around Jesus. Jericho was only about 15 miles away from Jerusalem, and the main road ran right through town. Jesus was on His way to the Passover; and so, people gathered around and listened to his teaching on the trip.

If Vice-President Pence were walking through Sugar Hill, a lot of folks would come out! So the streets would be lined with people. And maybe, just maybe, this would be a red-letter day for a beggar like Bartimaeus!

Anticipation was heavy in the air as the crowd began to enter the city of Jericho. The mood was festive; people were hopeful that they were in the beginning stages of ushering in God’s long-awaited Messiah, the political deliverer who’d get them out of this bondage to the Romans.

They say that when a person loses one of their senses, others compensate to the degree that they are able. His sense of hearing then being keenly developed, Bartimaeus could tell that something had caused a huge crowd.

He had to find out what all the commotion was all about, and so he cried out, asking if anyone could tell him the reason for the ruckus, and he was told: Jesus of Nazareth was coming that way!

He had heard stories about the rabbi, the miracle worker.

“How could a man do these things unless God is with him?” Many times he had thought, “If only I were in the presence of this Jesus, he could heal me too!”

He had no eyesight, but perhaps he had remarkable insight. Helen Keller said, “Better to be blind and to see with your heart, than to have two good eyes and see nothing.”

This was Bartimaeus’ moment of truth; it was act now, or forever be consigned to blindness; forever wonder what might have been; forever live with regret and pain. There come such moments of decision in this life for all of us. Moments which, looked back upon, are make-or-break moments.

He swam in the sea, drank of the deep Embraced the mystery of all he could be. This was his time!

Did you catch the response of resistance from the crowd; they tried to shut him up. Why spoil the Passover celebration? “We’re on our way to the Holy City; we have no time for a blind beggar!” “Don’t bother the Master, you old beggar man!” “He’s got more important things to do than to fool with you!”

This is the church crowd, on their way to a religious festival! These are people who are listening to Jesus’ talk about the kingdom of God! They are in the right place, listening to the right thing and they completely miss the point!

Sunday morning doesn’t matter a whole lot if what we do when we leave this place doesn’t reflect the truth that we have met with Jesus, the Son of the Living God!

There were people who were with Jesus, listening and taking it all in, in the right place, if you will, but when it came to helping out a blind man, they told him to shut up. They failed to seize a golden opportunity that smacked them right in the face. Does that represent what the church does sometimes? They were so interested in listening and so woefully short when it came to obeying. They told the blind man that Jesus wouldn’t have time for him.

But that’s where they were wrong, dead wrong. Jesus was far more concerned with the hurting and the needy than His schedule or His fame.

Bartimaeus just cried out all the more, “Jesus, Son of David, hey, have mercy on me!” When the cry reached Jesus’ ears, it froze Him in His tracks. That phrase, “Son of David”, had significant overtones; this is the first time we read that anyone had publicly referred to Jesus as such. He heard a plaintive cry and a prophetic salute at the same time! Jesus knew who was crying out for Him and why.

And so Jesus, on His way to becoming the Savior of the world, stops to become the servant of a blind beggar!

The fickle crowd had been saying, “Shut up!” Now, their refrain changes, as they say, effectively, “Cheer up!”

There was a real reason to cheer up, to take courage, for Someone was here Who could make a real difference! Now the crowd said, “Get up!” The Master was calling, and when Jesus calls, we better not stay where we are. Up to his feet he leapt, and following as best he could the sound of the voice, he made his way to Jesus. Tossing aside his old coat he made his way to Jesus. Bartimaeus responds to the call of Jesus.

“What do you want?” Jesus asked. In Bartimaeus He saw true faith. God responds to faith! And He asks Bartimaeus, “what do you want?” He asked Bartimaeus to articulate the words of faith, words that acknowledge why the blind man had called for Jesus in the first place: “Teacher, I want to see!” And Jesus granted His request!

Think of it: total darkness to 20/20 vision in a millisecond! And just think – the very first thing that blind man saw was the face of Jesus! He once was blind, but now he sees!

But the story doesn’t end here. Bartimaeus “began following Jesus on the road.” He never went back and grabbed the old coat. When Jesus changes us, we don’t need the old things anymore! Just imagine the things that Bartimaeus would see just a few short days later, as this gentle Healer was scourged and mocked and then crucified.

The faith that caused Bartimaeus to call out “Jesus, Son of David, have mercy on me!” was a faith that sustained this man, having been delivered by the mercy for which he cried, through the most trying of times, a faith that was bolstered by the event of the resurrection!

And there, lying on the ground by the Jericho roadside, is an old coat, no longer wanted or needed by a man whose life has been radically transformed by Jesus, now a memorial of the fact that, when Jesus changes a life, we don’t need the old stuff anymore!

Are you ready to lay down your old coat and let Jesus, the same Jesus that stopped for Bartimaeus stop here in Sugar Hill and offer you healing, forgiving mercies?