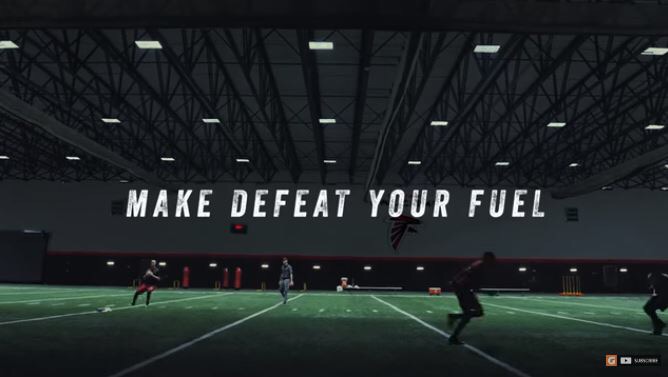 I recently watched a Gatorade commercial that used this post’s title. I was captivated by the stories and statements of the athletes in this ad.

Matt Ryan – On the wrong side of a Super Bowl loss recorded as the games biggest blown lead.

Over and over, the stories of athletes that have used defeat as fuel for their radical success.

Based on that, the Scriptures seem like a book of successful predictions. Listen to what Paul wrote in Philippians 3:12-14 “Not that I have already attained, or am already perfected; but I press on, that I may lay hold of that for which Christ Jesus has also laid hold of me. Brethren, I do not count myself to have apprehended; but one thing I do, forgetting those things which are behind and reaching forward to those things which are ahead, I press toward the goal for the prize of the upward call of God in Christ Jesus.”

If you have suffered a setback, defeat, loss or heartache in recent days – I’VE GOT GREAT NEWS FOR YOU! You are one giant step closer to victory! Don’t quit now! You’ve just earned a PHD in failure, which is a prerequisite to victory!

Go live in victory and freedoms today! Press toward that high call! Make defeat your fuel!