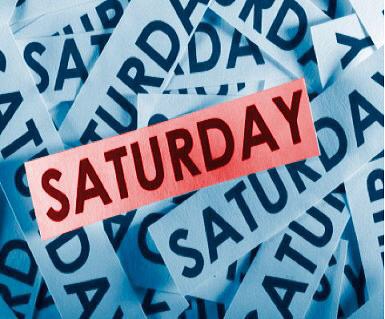 This Time magazine headline caught my eye: “How Descendants of a Slave and a Supreme Court Justice Righted a 160-Year-Old Wrong.” Here’s the story.

Dred Scott was born into slavery in 1795. His owner, Peter Blow, took him to Alabama and then to St. Louis. After Blow’s death, Scott was sold to army surgeon John Emerson. Emerson took Scott to Illinois and later to the Wisconsin territory, both of which were “free” (regions that prohibited slavery). While in Wisconsin, Scott met and married another slave, Harriet Robinson. Emerson eventually moved to St. Louis, where Scott and his wife joined them. After Emerson died, his widow’s brother, John Sanford, claimed ownership of the Scotts.

Scott sued Sanford for his freedom, claiming that since he had been transported to a “free” state and territory, he should no longer be considered a slave. Thus originated the Dred Scott v. Sanford case that became one of the most infamous Supreme Court decisions of all time.
Roger B. Taney was the US Supreme Court chief justice who authored the Dred Scott decision. On March 6, 1857, he ruled that Congress could not regulate slavery and that blacks could not be considered US citizens. This ruling galvanized the abolition movement and spurred Abraham Lincoln to speak out against slavery. The eventual result was Lincoln’s election as president and the ensuing Civil War.
This week, a great-great-great nephew of Justice Taney met with the great-great granddaughter of Mr. Scott. Charles Taney III stood in front of a crowd outside the Maryland State House and apologized to Lynne Jackson. She leads the Dred Scott Heritage Foundation, a nonprofit that seeks to educate the public about the Supreme Court case.
Taney said, “Apologizing to the Scotts for the Dred Scott decision is like bringing a Band-Aid to an amputation. It’s right and necessary to apologize, but what’s important now is what actions we can all take.” He’s right. Racial discrimination is not just illegal, it’s sinful.
From Moses’ Midianite wife (Exodus 2:21) to Paul’s declaration that in Christ “there is neither Jew nor Greek, there is neither slave nor free” (Galatians 3:28), Scripture clearly teaches that all people are made in the image of God (Genesis 1:27). Our Father loves all people of all ethnicities (John 3:16). In heaven, we will be joined by people “from all tribes and peoples and languages” (Revelation 7:9).
Now we are to work and pray for God’s will to be done “on earth as it is in heaven” (Matthew 6:10). How?
Assess yourself. Do you harbor discriminatory attitudes, perhaps subconsciously? In the terrific movie Hidden Figures, a white NASA supervisor says to a black subordinate, “Despite what you may think, I have nothing against y’all.” The black employee responds, “I know you probably believe that.”
Two: Ask God to use your influence for practical progress. Initiate personal relationships across racial lines. Speak out for biblical inclusion and racial equality. Pray daily for God to make a difference in and through you.
After the tragic Supreme Court ruling, the Scotts were purchased by the sons of his original owner, who then set them free. Dred Scott died nine months later. His great-great granddaughter felt more than closure from the Taney family’s apology: “Closure sounds like the end and you can walk away. I think it’s an opening. I think it’s a new beginning.”