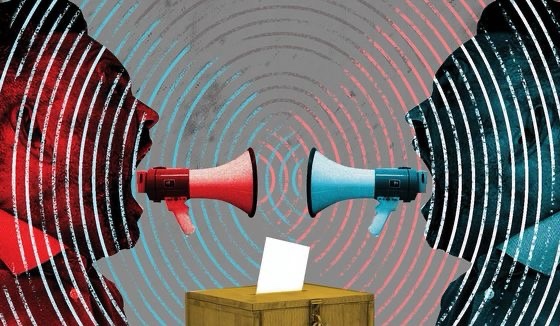 It’s the craziest season I’ve ever seen. Presidential election foolishness. Pandemic politicization and zero civility in this great land of ours. Here are a few thoughts on where we go from here:

Holy cow! Amid a worldwide pandemic that has affected every human on the planet, we here in America chose to focus our airtime and smack talk on whether or not you wear a mask in your car. I cannot bring myself to believe the left or right conspiracy theories. I refuse to bite on the idea that the President can still win, regardless of my vote. I am, however, confident that the president has the right to recount and investigate. If they can prove beyond a reasonable doubt, in court, that the election was stolen, then you’ve got that opportunity. The same was said four years ago. If you cannot prove that, then move on and let’s fight and scream as we change sides over the next four years.

The real question is, how will people of faith respond, regardless of their vote? My encouragement? Pray for our leaders. Get involved and serve your community, or stop your griping, mostly if you didn’t vote. If you aren’t in the arena, I beg you to hush. Speak the truth when in a place to make a difference. Speak with grace and with graciousness. Stop the hate speech, and get busy serving and making a difference. We must stop this barb throwing and hate-mongering or we will never move beyond the stagnation built over meaningless, petty political bickering.

Let us stand up these next few years as adults and let the childish rhetoric remain seated. Honestly, I voted for Trump. I didn’t vote for the President because of his personality. I voted for unborn babies. I voted for recovering our economy. I voted for economic and educational advancement for my black and brown neighbors. I voted for judge appointments like the three Justices appointed over the past four years. I voted for a bullish stock market, less corporate regulation, law enforcement, and several other policies. I didn’t vote for Twitter tantrums, foul-mouthed rants, bullying, gross depictions of brown people seeking asylum in America, or the constant banter across aisles.

But if you didn’t agree with me or my vote, that is more than okay! You, as a fellow American citizen, HAVE THAT RIGHT!! Your vote doesn’t define you. It is your opinion. For any of us to place any other human in a cubbyhole of hate resulting from their vote is horrible.

As for me, I am determined to hunker down and get even more involved in making where I live and lead a far better place than it is today. Are you with me?