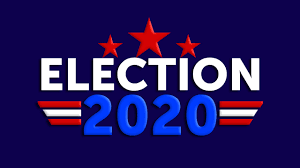 Why Will You Vote for Donald Trump or Joe Biden in 148 Days?

That should attract some attention. Who and why you will vote in November 2020. In many ways, things have radically changed since 2016, while many other things seem to remain stagnant. I struggle with being fired up about either of these candidates, but let’s face facts, that’s who we have to vote for. Here are a few things to think about: