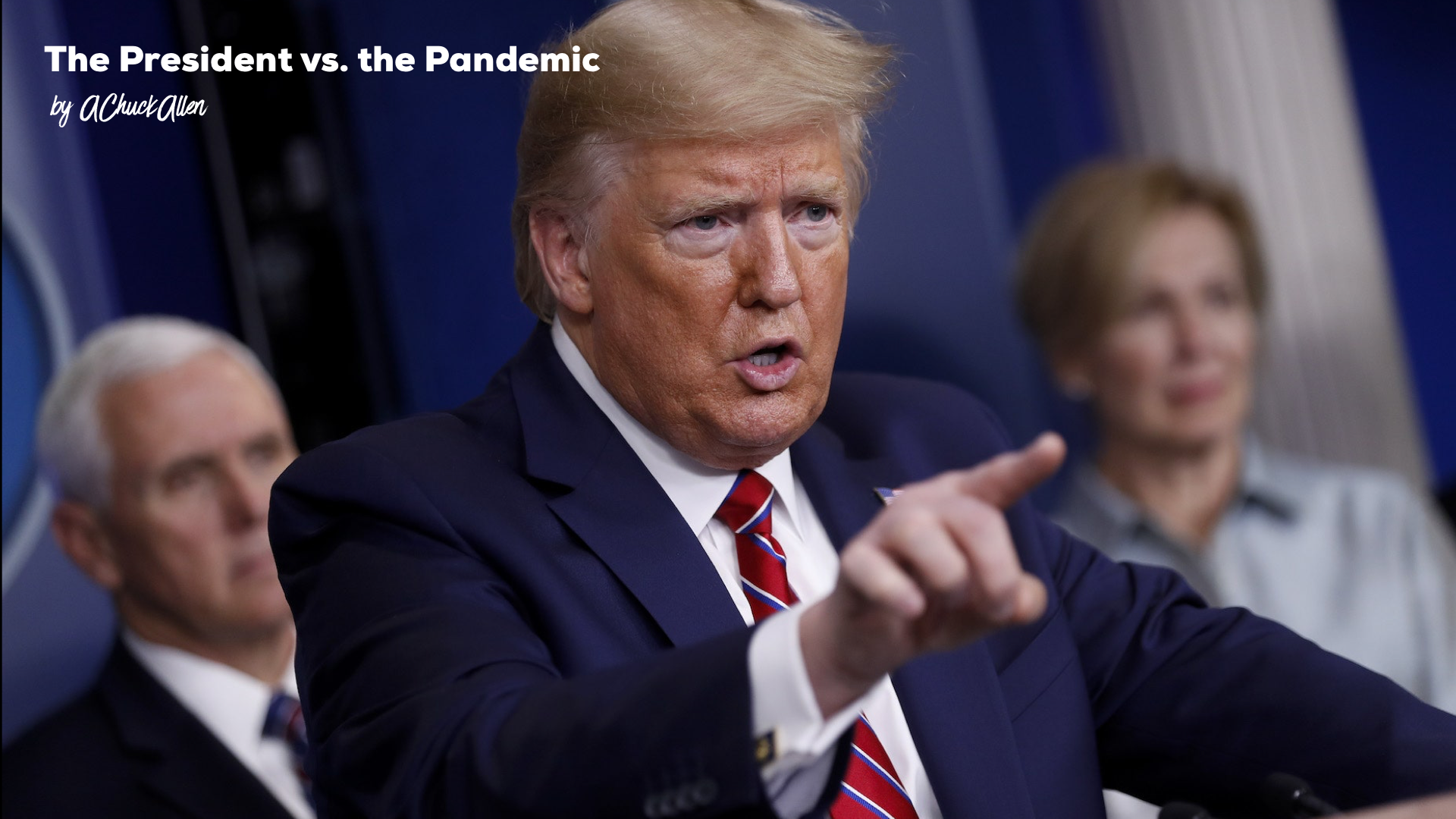 I’ve kept up with the news pressers over the past month and I’ve learned a few things about the pandemic and the President. Here are a few thoughts, in no particular order, regarding President Trump and ONE of his biggest battles, COVID-19. Here you go…

1. While I recognize the need for ongoing communications with the American people, the need for going to vocal battle with the media seems to be more of a soap opera than a piece of newsworthy information or presidential worthy issue. I am aware that this president has been under constant attack from all sides, it might serve him well to step away from the podium and allow his excellent team speaks on his behalf. Not that he isn’t capable, but because he cannot walk away from a zinger received or given. I believe history would teach us all that taking the high road and walking away from a foolish fight is a position of strength and wisdom.

That being said, I also marvel at the “gotcha questions/statements” from the press corps. I can assure you that while I critique his appearances, I know that I would be far worse at handling them than President Trump.

2. Doctors Fauci and Birx seem like honest, earnest, brilliant people. I trust their knowledge and their character. I believe they are giving the President and Vice-President wise counsel. That being said, they are not capable of predicting with 100% accuracy any more than the President or any other politician for that matter.

That being said, they are not necessarily economic or social experts and our economy and our communities are at great risk right now. I am grateful for the president engaging large and small business leaders to assist with the next steps of opening the economy and the American way of life – soon!

3. I think we would all agree that the World Health Organization has a significant amount of bloated expenses, much like the federal government, but is now the time to go to war with them? I would argue with a big fat MAYBE, but not now! Let our specialists get it the nitty-gritty, make a decision and move on to right the ship. Move on with a better future much as you have with China, Mexico and other trade deals that have saved billions of dollars.

4. I have been impressed with the Secretary of the Treasury, Steve Mnuchin. That guy seems to be able to mean what he says and says what he means. He speaks to the point, is competent and is a team player. Let him speak more and answer more questions.

I think the same of the Surgeon General, Jerome Adams. He’s young, clearly brilliant and seems to have a heart as big as humanly possible. Let him speak a bit more.

And, how about Vice-President Pence? That guy is leadership personified. He is a good soldier and a good general. He has lead with a still and steel resolve. I think he is managing the relationships within the task force and the governors really well, and apparently without the barrage of attacks that his chief seems to prefer.

5. Mr. President, much if not most of America is with you and ready to support you. I urge you to set aside the verbal wars and petty arguments that you needn’t stoop or stop to deal with or attack. Mr. President, I believe you have handled this pandemic extremely well. You have moved on behalf of the American people and have brought some brilliant people around you. Continue to trust them and allow them to speak on your behalf. They’ve proven that you can trust them.

It’s really easy to be a critic and I truly hope that this article doesn’t come across Ike like that. I think the President and team are winning this battle. But this is a time to make positivey history. I want my grandkids to one day learn from this crisis and this President that America was pushed to the brink, once again, and rose from the crisis to a better and more beautiful land!