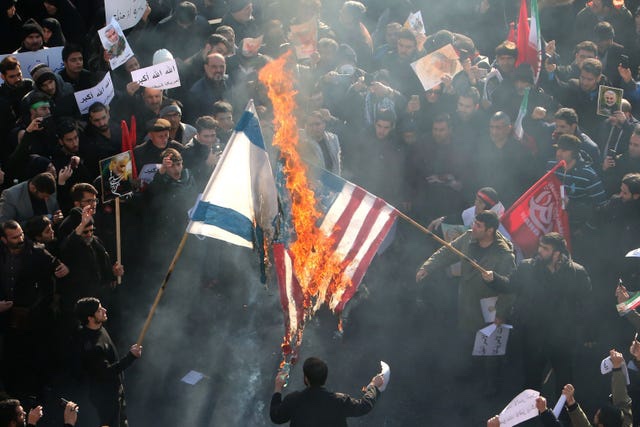 The Fight Inside the Fight by AChuckAllen

I’ve been keeping up with the ongoing congressional battle regarding the attack that President Trump authorized to eliminate Qasem Soleimani. I’ve heard the ongoing chatter from those that oppose this action and from those that are touting it as a great win. Regardless of your personal thoughts on this military action, I think that we would all agree that we do not know what the military intelligence was, or what all of the details were that spurred the President to authorize this attack. We each base our opinions on one or more of these thoughts; What we think about Donald J. Trump, what we believe about the American intelligence community, what we feel about military action in the Middle East or how we feel about targeting individual terrorist leaders.

As for me, based on what little I know, the world is a far safer place without Qasem Soleimani. I do not have any access to the intel, or the logic included in making this decision…BUT, this country elected President Trump to make those decisions. Given the status of the American political landscape, everything done by one side of the aisle is overly criticized and crtiqued by the other. Think about that last sentence. Even in the effort to eliminate a crazed, murderous psychopath, both sides are so busy battling each other, the elimination of Soleimani is buried beneath the infighting of Washington as the lead story!

To all of that, I say, C’MON MAN! We have become a country being led by a bunch of whiners and tattletails. I’m so weary of the jabs and quips from congressional and political leaders that have no other purpose than to either secure their seats or exit someone else’s seat. Again, C’MON MAN!

I know that we have, as a republic, for decades, had political battles regarding the placement of presidents, congressional leaders, senatorial seats and all of the roles that make up the branches of government, but seriously? Could we please find a voice of reason and a voice that allows for political enemies to adopt President and General Dwight Eiesenhour’s mantra, “Extremes to the right and to the left of any political dispute are always wrong.”

Could we not find common ground without the bully stump blusters? Especially when it involves an enemy of our great country and when the topics include our brave men and women serving in military hot spots around the globe, or people in poverty in our country and our communities?

If you think that this is written from a position of either conservative or liberal, you’d be wrong. I write this as a pastor, an American and a concerned grandfather. I long for our leaders to lay down their petty verbal attacks on each other and collaboratively work for the common good of our American people and the threats to democracy across the globe.

In regard to what our part, as citizens and as believers, I would like to see we Christians lay down the pitchforks. In spite of our many political and social disagreements, we are causing great divide in our churches, our faith system and the ability to remain a place of safety, acceptance and hope. Let us lose the rancor and foolish banter that doesn’t bring honor to our Creator. I do not think there is any way that the Lord looks upon our bickering and feels honored and loved by His children. This isn’t limited to political battles, but also to the bickering and foolish tirades from spiritual leaders as well. Let us stop the social media rants about how we believe and find the collective greatness of serving and leading more like Jesus, Himself.

What now shall we do? Speak with grace. Speak only what we know to be true, not what pundits offer for us to think. Let us seek truth in prayer. Let us seek wisdom from on high. Let us ask the Lord for understanding. And, let us find a voice that is pleasing to the Divine.